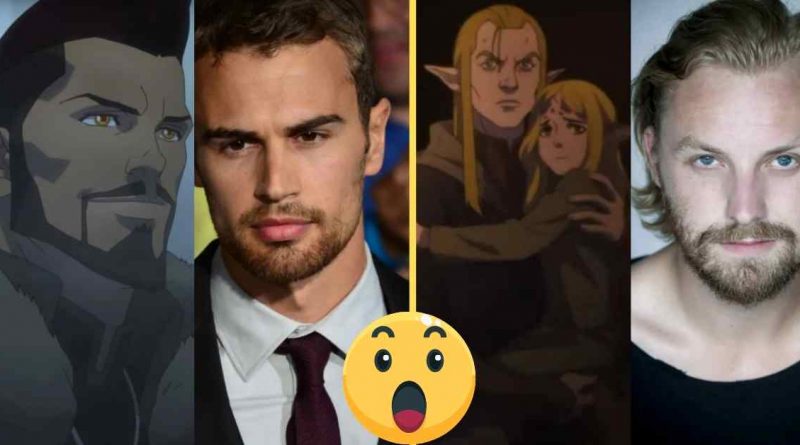 Fans have been waiting for The Witcher: Nightmare of the Wolf for a long time now. It is the highly awaited animated prequel film to Henry Cavill’s The Witcher. The prequel is finally out and streaming on Netflix. So far, the reviews has been good from both fans and critics. The animated film contains some terrific fighting scenes and beautiful visuals in 83 minutes. Also, it gives fans a better look into the history of the witchers, mages and aristocrats of the Continent.

If you’re a Witcher fan like us, then after watching Nightmare of the Wolf you will probably ask for more. Not only you’ll want to see more of it, but you’ll have many questions about how Vesemir’s story is linked to the story of The Witcher. To answer some of those questions, we’ve made a list of things you may have missed while watching.

A packed cast and many shocks

Before looking into the more context-oriented stuff, let’s take a minute to admire the brilliant voice acting that took place in the Nightmare of the Wolf. We’ve known for some time that Theo James (Castlevania) will return for the animated film following his debut in The Witcher Season One. He did justice to the younger and more charming Vesemir.

All the actors did their part brilliantly including the cold sorceress burdened with suppressed feelings, the old witcher mentor who sees his life purpose shattering down, or the wise noble, who rose to the top of the court.

For some fans, the most shocking moment of the film was probably the appearance of Tom Canton’s Filavandrel. The Witcher Nightmare of the Wolf features Canton as a more young adaptation of Filavandrel, more discreet, attentive and not free from the enchanments.

There rest of the major roles include Jennifer Hale (Mass Effect) as Vesemir’s childhood friend Illyana, David Errigo Jr. (Ridley Jones) as Young Vesemir, Matthew Yang King (Love, Death and Robots) as the witcher Luka, Kari Wahlgren (Mortal Kombat) as Kitsu, Keith Ferguson (Final Fantasy XII) as Reidrich, and Adam Croasdell (Supernatural) as King Dagread of Kaedwen. Also, you may have seen a young version of Geralt at the end of the Nightmare of the wolf.

In The Witcher Nightmare of the Wolf, we discover that not everything is going as expected in the domain of Kaedwen. It is the stony realm that has the old Witcher headquarters of Kaer Morhen. Vesemir is set on a way that will lead him to unfold a dreadful mystery, ruining everything that he holds dear. Some witchers and mages (in particular Deglan and Reidrich) have begun to raise beasts of their own and their endgame is to prevent their end.

The folklore behind Kitsu

The similarities between Season of Storms and Nightmare of the Wolf don’t stop here. One of the film’s most incredible battle scenes sees Vesemir and Tetra matched with the beast Kitsu. They discover that Kitsu was once an elven young lady that has been exposed to mutagenic examinations as a part of the witchers’ plan to make new beasts. However, she got away and now she can conjure advanced supernatural illusions, control other animals and achieved the capacity to change into a fox freely.

This is very similar to the Aguara showing up in Season of Storms. Like Kitsu, this mystical female has mastered great illusion sorcery and can disguise herself as a fox. It is outstanding for kidnaping young elven young ladies. It appears they have a connection with them. Anyone who tries to get those women back will face serious consequences.

In the same way as other Andrzej Sapkwoski’s beast stories, this one is also inspired by genuine folklore. The Aguara is a figure showing up in the old stories of the native Guaraní individuals of Latin America. They have existed since a long time in different other societies. The most related is the Kitsune from old Japanese stories, a fox with paranormal capacities that fills in as the motivation for Kitsu.

Tetra Gilcrest is maybe the one person who stays a mystery, leaving us with a more considerable number of inquiries than answers. She is set up as a sorceress who holds a dangerous grudge against the witchers, often taking a position against the more rational Lady Zerbst in Kaedwen’s court. The explanations behind her hatred are explained toward the finish of the film. While she hell bent on revenge, it’s uncertain whether she wants something more.

While the creator behind Monstrum stayed mysterious, it is believed to be crafted by a mysterious mage. Nightmare of the Wolf offers its clarification, and even though it is rarely talked about, we can assume that Tetra was the one who previously wrote the notorious lines.

In conclusion, let’s just say that many things could be missed on a first watch; however, they serve to improve the story of Nightmare of the Wolf against the setting of the famous history of The Witcher.

Would you have believed if we told you that the moustache-whirling King Dagread of Kaedwen is an ancestor of Ciri? Dread’s grandaughter Ellen was married to King Corbett of Cintra, and together they gave birth to Dagorad. While Ciri shares little with her famously ignorant ancestor, her complete name is Cirilla Fiona Ellen Riannon,

In the Witcher season 2, we will see a couple of new characters like, Geralt, Eskel, Lambert, and Remus (the witcher who kicked the bucket in the third episode of Season One). This will see the stage for Season Two, where we’ll see more of the now grown-up witchers, their grown up father, and the bond they share.