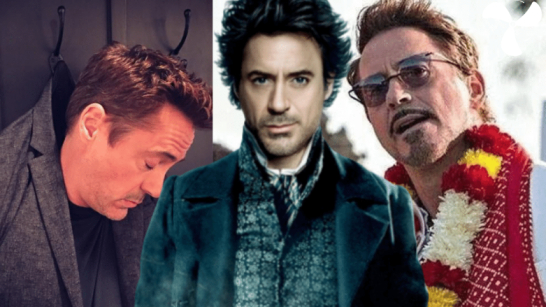 Actor and filmmaker, Robert Downey Jr was born on April 4, 1965, in New York. He is one of the most successful actors in Hollywood. He started his career at a very early age and success followed him from a very young age. Despite that, Robert Downey Jr.’s life wasn’t always sunshine and rainbows as he struggled a lot in his youth.

Robert Downey Jr. was introduced to drugs when he was just a kid by his father and soon he was addicted. This addiction didn’t leave him alone for a very long time. Despite his reputation, Downey was among the A-lister actors of Hollywood. Even after the success, he was criticized constantly. Soon after, he pulled himself together and got his life back on track.

Robert Downey Jr is known for various of his roles including Chaplin, Iron Man, and Less than Zero. Today, Robert Downey Jr has created a huge fan base for himself with his outstanding performances. He has been a treat to watch as he gave us so many marvelous characters to love.

Top 7 reasons why fans love Robert Downey Jr so much

In 2008, Robert Downey Jr started his journey as Iron Man and today he is one of the most loved superheroes in the Marvel Cinematic Universe. The arrogant billionaire playboy won several hearts over the last decide. His remarkable journey from a self-centred billionaire to a selfless superhero who sacrificed himself to save the world was worth watching.

Even though Iron man is no more, following his death in Avengers: Endgame, he will always live in fans’ heart. No one could ever replace Iron Man in MCU.

In 2009, Robert Downey Jr starred as Sherlock Holmes directed by Guy Ritchie. He has two Sherlock Holmes films and there are speculations that the third film is on its way. The character is demonstrated as mysterious, detached and anti-social, now imagine a versatile actor like Downey playing the role and there you have a blockbuster.

5. His Charm, Sense of Humour and Character

Robert Downey Jr is the definition of charm. Even at the age of 56, he is way more charming than any younger celebrity and it should not come as a surprise to anyone if you have watched his acceptance speeches at award ceremonies.

Apart from his charming personality, Robert Downey Jr is famous for his great sense of humour. His savage sense of humour isn’t limited to the reel life only, he’s equally fun-loving in real life as well.

He’s the example that today’s generation needs in these modern times. He has a rough past, he was introduced to drugs at a very young age and soon got addicted to them. However, he faced his problems and got back on his feet. Now, that’s a strong character and there’s nothing more attractive than that.

From Due Date to Iron Man, he has proved that he can play the role of an ordinary man as well as a superhero quite smoothly. In his entire career, he has given some remarkable performances including Charlie Chaplin for which he won a BAFTA.

God definitely took his time when he created Robert Downer Jr and clearly did injustice to the rest of us. Is there anything this man couldn’t do? From acting to singing, this man can do it all. Who said nobody was perfect because they never heard of Robert Downey Jr.

In 2004, Robert Downey Jr released an album called The Futurist. Not only he sang, but he also hand-painted the cover of the album.

Could this man be any hotter? At the age of 56, he’s as classy, elegant and handsome as ever  With each passing day he’s getting smarter and he is definitely ageing like fine wine and maybe that’s why he is one of the most influential personalities all across the globe.

Despite being one of the highest-paid actors in Hollywood, Robert Downey Jr stood up for his friends when The Avengers’ cast including Mark Ruffalo, Chris Evans, Scarlett Johansson and many more demanded 5 million dollars boldly, with back end options.

When Marvel’s didn’t agree and threatened to recast the actors, Robert Downey Jr stood up for his colleagues and asked that they should be treated right and it’s obvious that Marvel’s could afford to lose their precious Iron Man.