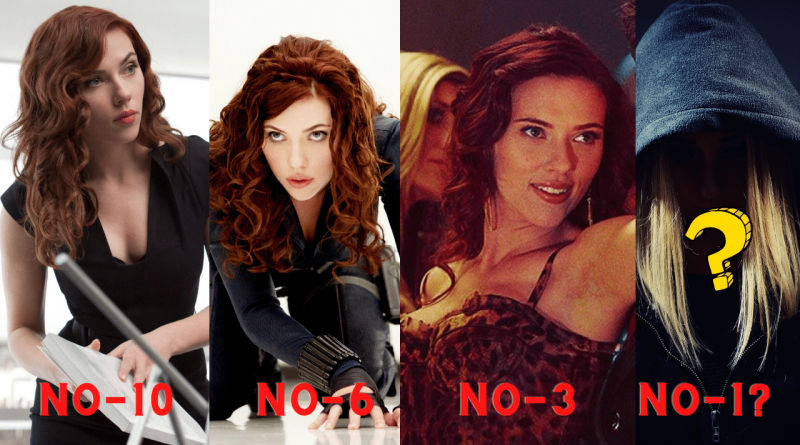 After spending so many years in the MCU, it was high time that Black Widow got her solo movie. Natasha Romanoff has won several hearts with her kickass personality in the last decade. Even though her character is no longer alive following her death in Avengers: Endgame, MCU has decided to bring back Black Widow on the big screen for one last time and tell the story of how she became the Black Widow to the world.

With this in mind, let’s have a look at Black Widow’s best moments in MCU so far.

With her debut in Iron Man 2, Black Widow was introduced in MCU as Natalie Rushman at first. She was an undercover agent working as Tony Stark’s personal assistant. However, her identity is revealed during a fight in a hallway at Hammer industries where she demonstrates her skills.

Fans were rendered speechless after watching her defeat enemies, many of which happened to have guns with so much expertise. It showed that, despite her physical structure, she is a force to be reckoned with.

9. The Chair Scene (The Avengers)

Disappearing for a while, Black Widow made a comeback in the MCU with The Avengers in 2012. She appeared to be in trouble when we first saw her as she was under interrogation and tied to a chair. Given the state, she looks cornered and unable to defend herself and it looked like there’s no way out for her.

But the situation is reversed in a second when she jumps into action, leaving her kidnappers shocked and walks away safe and sound. This fighting scene always leave fans amazed at how good she’s at what she does and also it established the groundwork for what turned out to be a blockbuster movie.

8. Black Widow Vs Hawkeye (The Avengers)

Since the beginning,Natasha always appeared as cold-hearted, someone who doesn’t hesitate to kill until we got to see a softer side of her in the Avengers. When Hawkeye is brainwashed by Loki’s scepter, he attempts to kill Natasha who is hesitant to hurt Clint for an unknown reason.

This was the first time we saw Natasha’s soft side, which can be considered a risky move but it actually worked pretty well for her character. Fans really liked how the duo cared about each other.

In an attempt to stop HYDRA from infiltrating SHIELD, Captain America and Black Widow cause chaos to erupt in the process which forces them to go on a run during Captain America: The Winter Soldier in 2014. However, their attempts to lay low goes in vain as HYDRA agents soon track them down to a shopping mall.

In this scene, we see a more laid back side of Natasha, she’s funnier and even flirtatious. She kisses Cap in front of everyone to hide from the agents while noticing that it’s making everyone uncomfortable. Later, she teases Cap by asking him if that was his first kiss since he woke up from the ice.

Black Widow played a major role in Captain America: The Winter Soldier as she was involved in major scenes throughout the movie. By releasing all the information on SHIELD agents to the public, Natasha is the one who gives HYDRA a taste of their own medicine.

Despite knowing that by doing this many of her secrets will be in the public eye as well, she is fearless and doesn’t back down from doing it. Once again, it shows that Natasha is ready to do anything for the good guys.

5. The Sun’s getting real low (Avengers: Age of Ultron)

The fact that Bruce and Natasha couldn’t be together still make us sad as they always come across some obstacles. Their feelings were made obvious throughout the Age of Ultron especially in one particular scene where Natasha brings back Bruce from his Hulk mode. She speaks so lovingly to Bruce and takes his hand in her own and he ends up transforming to his normal self.

4. Choosing a side (Captain America: The Civil War)

As Cap and Tony stood on different sides, Natasha is forced to choose one in the Civil War. Though she ends up taking Tony’s side, she still believes that Steve must have a valid reason for protecting Bucky. In the airport fighting scene between the two teams, Black Panther tries to stop Bucky and Cap from escaping, but Natasha comes to their rescue and it shows that she’ll always have Cap’s back.

Even though Black Widow doesn’t have as much screen time as the rest of the squad in Infinity war, she still was featured in one of the most iconic scenes of the movie. The scene where Black Widow, Okoye and Wanda all team up to beat Proxima Midnight. It’s stunning to see all these strong females showcase their skills while sending the message that they are no less than the males of the team.

2. Keeping the team together ( Avengers: Endgame)

Black Widow was one of those who were left behind after Thano’s snap and we saw how affected she was by this at the beginning of the movie. However, she showed how strong she was by taking over whatever was left of the team and keeping them together. She was struggling to cope up with the loss but never gave up.

Natasha was a selfless person and it is proved when she sacrificed herself for the soul stone and saved her friend Clint. She sacrifices herself because she knew Clint had a family something Natasha never had until the Avengers and everybody deserved to be with their family. This scene was so emotional that it left all of us teary-eyed.