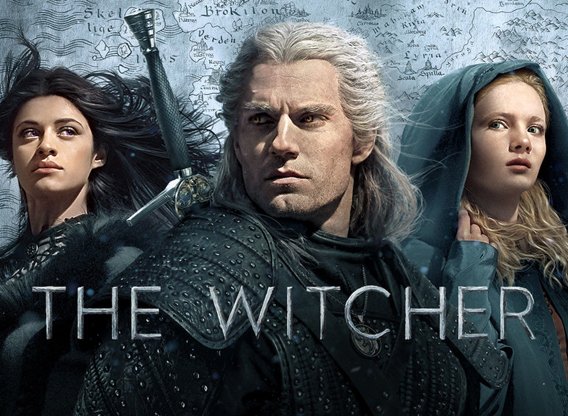 Netflix has shut down the production of The Witcher Season 2 after crew members test positive of COV*D-19.

Nowadays, in all kinds of film productions, be it shows, movies or music video productions, all the members of the production crew go through corona testing each day before the shooting starts on the sets. That’s what happens at least in fairly responsible productions. Through this regular testing, four crew members of The Witcher season 2 have found to be COV*D-19 positive.

This global pandemic has taken a toll on everyone’s lives in every walk of life. It isn’t inevitable but it surely is dangerous to do any kind of outside activity which involves being around people.

In the numerous videos and pictures that have been leaked off The Witcher Season 2 production set, you can see that everyone has masks on (except the actors because you can’t let people see Geralt in a blue medical mask in the medieval times when the only treatments they had were herbs and magic), which means that the production crew was responsible and sensitive towards the severity of the deadly virus.
But as we have seen time and time again, in every corner of the world, the best protection can even be total failure when it comes to Corona virus.

As you might already know, the shoot of the season 2 of The Witcher was paused for around 5 months when the pandemic had just started spreading all around the world. It was said by the production that the break only did the show good since the writers got more time to analyze and make the story of the new season even better.

When the shooting resumed in mid-August, everyone was excited to see what the new season would unfold and know about the fate of Geralt, Ciri and Yennefer. It was going good for the last 3 months until COV*D got to the crew.

It is sad to see the production stop but it is sadder to witnessing the world having such a hard time dealing with the virus. With the USA reaching 100,000 cases in a single day and England shutting the country down again to tackle the second wave of COV*D-19, everyone has been having a hard time since the start of 2020.

Well, the most we know is that no one from the core cast; which includes Henry, Freya and Anya, is one of the people who were tested positive for the virus. Kristofer Hivju (Nivellen) was reported to be tested positive of the virus but he recovered and now is fully healthy.

Isolated testing has been going on for every The Witcher crew member and hopefully everything goes back to normal (well, the new normal) and the shooting resumes soon.

The Witcher Season 2 is set to release on Netflix, worldwide, in the end of 2021. It has made a huge fan base for itself from the first season and the fans have been waiting to see what will happen next in the story after the exciting cliffhanger that the Season 1 left everyone with.

We have been covering all the information out there about The Witcher season 2 since the shooting resumed in the month of August and we will continue to bring you the news so you stay up to date with the show.

Comment down below your thoughts about the stopping of the production and stay tuned to know more about The Witcher.