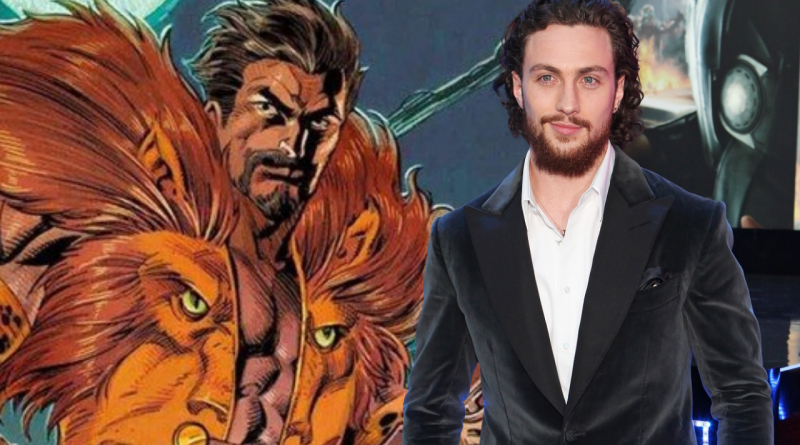 Sony’s upcoming project, Kraven the hunter will feature Aaron Taylor Johnson as the main Spiderman villain. Followed by the collaboration with Marvel Studios to install Spiderman in the Marvel Cinematic Universe, Sony Pictures seems to have started working on more marvel projects set in the Sony universe. We can’t wait to see what they have planned.

All of this begin with Sony’s Venom that released in 2018 and has a sequel, Venom: let there be carnage, on its way to the big screens. Venom’s sequel is set to release in 2021. Followed by the Venom sequel, Morbius is scheduled to release in 2022. It looks like Sony’s plan for their own universe of Marvel characters has grown so much since Venom as many other projects featuring Spiderman contiguous characters are under development right now and we hope those films will turn out be as amazing as Venom.

In 2020, JC Chandor was appointed as the director for the Kraven the hunter solo movie. After this, the next question which emerged was who will play the evil Spiderman enemy in this project. with its history and connection with several Spiderman comic stories, it was assumed that someone Joel Kinnaman type will be cast for this project.

Aaron Taylor Johnson’s first time as a villain, will portray Kraven the Hunter

However, a few days ago, Sony announced that Aaron Taylor Johnson will be portraying Kraven the hunter in the upcoming solo movie. You might have seen Aaron Taylor Johnson playing a comic book character before as this is not his first time in this comic-inspired universe. Previously, Aaron Taylor Johnson portrayed kick-ass in two movies, adapted from the Mark Millar comics. He also played Pietro Maximoff aka Quicksilver or you could say, the brother of the infamous Wanda Maximoff, The Scarlet witch in Avengers: Age of Ultron.

When is Sony’s Kraven the Hunter going to hit the big screens?

Now he is going to take a different road in playing comic book characters as he will be playing a villain this time. Aaron Taylor Johnson will play the big bad hunter, Sergei Kravinoff and for this, the said actor has also signed a multi-film contract to play Kraven the hunter. This upcoming standalone movie is set up for release on 13th January 2023. We can’t wait for this new adventure to come out on the big screens.

Aaron Taylor Johnson’s previous work prior to Kraven the Hunter

For now, Aaron Taylor Johnson should be busy preparing for Kraven the hunter for the next several months as reportedly the film will start its production in late 2021 or early 2022.

Will Kraven the Hunter also feature Tom Holland aka Spiderman?

Though, Aaron Taylor Johnson is an excellent choice to portray Kraven in the upcoming movie. It still brought up some severe questions about the SPUMC. The writer of Kraven the hunter previously revealed that the film is going to be an  adaptation of the story of the famous last hunt of Kraven. This means it could feature Spiderman that led to some fans hoping that they will get to see Tom Holland’s Peter Parker in the movie.

Will appear in Spiderman 3?

Also, some rumours were heard, saying that Kraven would appear in Spiderman 3. For now, there is no confirmed information that says Aaron Taylor Johnson will be involved in Spiderman: No way home as Kraven the hunter. However, it’s a brilliant opportunity for Sony pictures to use the movie to tease fans about Kraven the hunter’s story through the multiverse. If Sony Pictures decides on taking advantage of this situation, then it’s possible that fans could see Aaron Taylor Johnson as Kraven much earlier than anticipated.

We can’t wait to see what does Kraven the Hunter has in store for us. We’re sure that the film will bring a lot of new adventures as well as opportunities for Sony Pictures to expand their Universe to their best extent. Till then stay tuned with us for further updates.