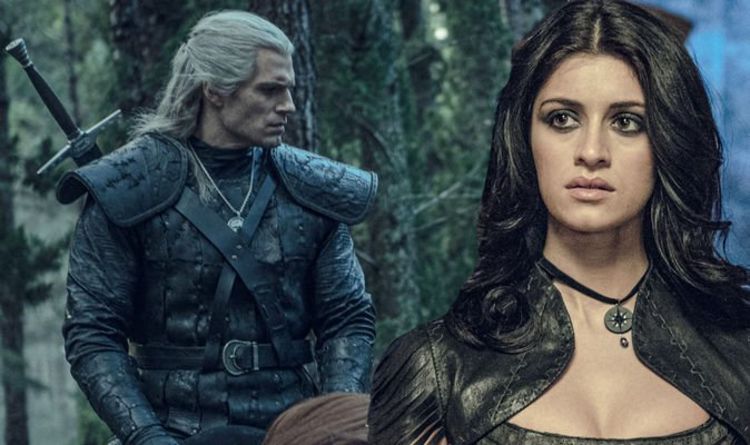 Hey, Witcher heads! We have some exciting news to share with you today.

As you know the shooting of the second season of The Witcher has been going on in full force for a few months now, and we have been getting you every bit of information we get about the production of the new season.

Well, today we come to you with the confirmation that Geralt and Yennefer are going to cross paths in the new season.

In the first season, Geralt and Yennefer had gone their separate ways after some disagreements after which they could did not see each other. In the end of the season, the fate of Yennefer was a cliffhanger and everyone was anxious to know where Yennefer might be and what might have happened to her.

Geralt was seen donning a brand new all-black outfit while Ciri was seen, apparently, learning to fight in Kaer Morhen, Geralt’s home. In the end, the new look of Yennefer was released. We could see in the pictures that Yennefer was bound in chains and it was clear that she was taken as a prisoner of war.

After that, we have been getting bits and pieces of the story by what we could see in the production sites. So, yes! We got something more for you to be excited about.

As of today, we can confirm that Geralt and Yennefer will cross paths with each other again. There is, obviously, no news of the circumstances they’ll meet in but meet, they surely will!

It was reported that on the set of The Witcher season two at Frensham Little Pond, Henry Cavill was seen riding his horse, Roach. It is an exciting scene to see Geralt back on Roach looking fierce as always, ready to kill some monsters.

Speaking of monsters, we also got some information about a new monster that will feature in the second season. We talked about it here (hyperlink).

Another video surfaced in which two people are seen riding a horse can be seen. One of those two people can possibly be Yennefer. We don’t know yet if Freya Allan (Ciri) is there on the set we can confirm that Anya Chalotra (Yennefer) was definitely present on the set. So, a logical guess would be that one of the persons on the horse was Yennefer herself.

We can see here that Yennefer is wearing her new dress that she was seen wearing in the pictures that were leaked of Ciri and Yennefer. It will be exciting to see how that plays out in the story.

The first video is from the set of The Witcher and Geralt and Yennefer can be saying riding their horses as the professional drone camera follows them from behind. The way the camera goes higher and farther away from the two horses, it might be an end scene of one of the episodes where Geralt and Yennefer might be setting off for a journey.

In this video you can see Gearalt climbing off Roach, his horse. Right beside him, we can see, most probably, Anya Chalotra, still on her horse with her stunt double walking beside her.

The above seen are surprising to many because according to the books, it takes Geralt and Yennefer quite some time to reunite with each other. Whatever it is, we are sure it is going to be excited and interesting to see how the story goes. If you have read the books, you’d know what the reason of excitement is if Ciri is in these scenes too.

Stay tuned for more news on the development of the production of The Witcher Season 2.