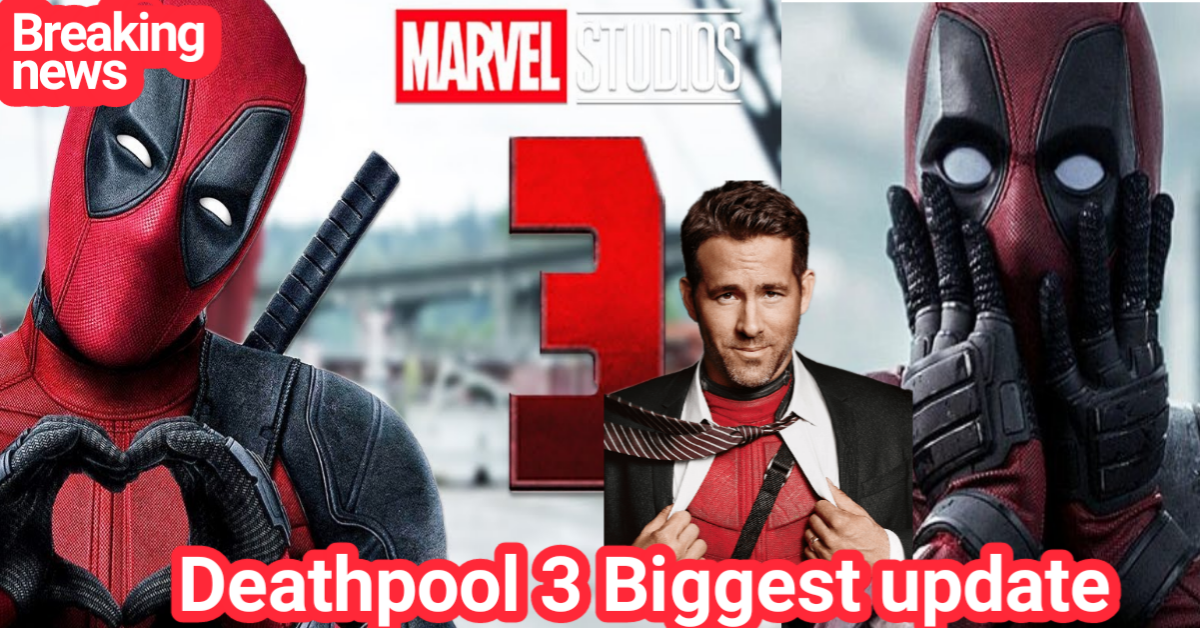 Today there are many updates regarding the rumor of DeadPool 3,

Rumour is about Dead pool three-character name Ryan Reynolds will be seen many more times in the movie, and this Update is confirmed by the source Daniel Richman fans trust blindly to this source.

The Marvel Cinematic Universe (MCU) is planning to sign a big contract with Ryan Reynolds. Maybe this Contract will be bigger than Robert Downey Jr,

Did you know that the highest film deals with MCU Robert Downey Jr Signs 4 Contract with Marvel Universe, First for Avengers movie and some for Iron man movies, they don’t want to shoot another film, but marvel forced him to shoot movies like Civil War and more?

So Ryan Reynolds and Marvel are planning to sign the Highest deals with the Dead pool Character in history because it can play any big or small role in any movie.

The Creator of Deadpool tweets that, Now marvel Universe will know the value of the Deadpool Character.

Then another rumor is running that the dead pool three movies will be published on Disney and kids will be entertained, but the problem is Disney doesn’t allow to publish those movies which have some adult content,

Disney will allow it on their other Platform Hulu, but also Disney can publish this movie on the Official platform so kids will be aware of this film. They’ve to take permission from parents before watching this movie.

Parents Guidelines will be applied to this movie. Another update is coming that Disney is focusing on streaming movies.

Rumors are running that black widow will come on Disney + Hotstar, but this is not confirmed yet because some websites like We got this Cover.com are spreading some fake news regarding Universes like Marvel or DC.

The work Of Deadpool 3 movie is started in MCU, and it’s in Construction yet.

Your thoughts and thoughts are about Ryan Reynolds in the Deadpool 3 movie, tell us in the comments section.