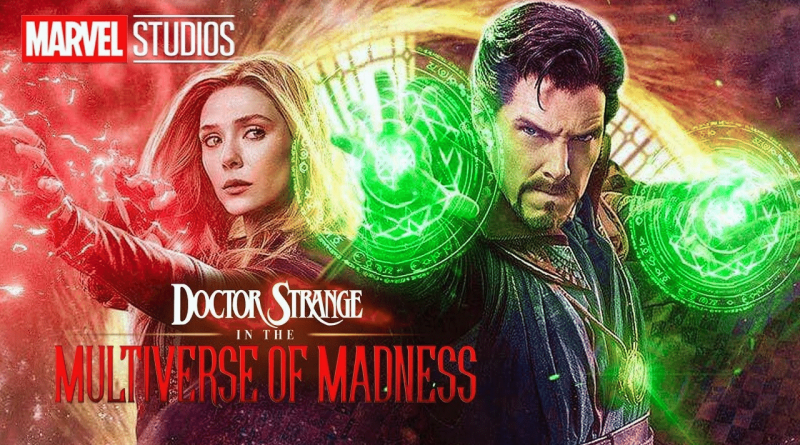 Doctor Strange 2 is set after the events of Avengers: Endgame. In the film, Strange continues his research on the time stone but his plans are put on hold as an old friend turned enemy comes to cause havoc which will lead to Strange declaring war. This film will take the fans into the unexplored side of the Marvel Cinematic Universe as the Multiverse will be introduced officially.

Most ambitious movies of the Marvel Cinematic Universe? Doctor Strange 2 or Spiderman: No way home

Recently, Tom Holland left fans thrilled when he declared openly that Spiderman: No way home is the most enterprising stand-alone superhero film till now. Now that is a huge statement as over the years that particular genre has evolved and expanded so much. MCU has played a crucial role in this evolution as it gave rise to many big-budget comic book adaptations and took superhero films to a new height. However, a new source tells that Doctor Strange 2 can possibly take this title away from Spiderman: No way home.

According to a source, the same source who told us that Sam Wilson will be making his official debut as Captain America even before it was confirmed – that Tom Holland’s declaration could be proved wrong just after three months of the release of Spiderman: No way home as Doctor Strange 2 is said to be the most ambitious project and will be premiered in theatres next March. Well, this shouldn’t come as a surprise to anyone based on the little sneak peeks we got into the Multiverse of Madness.

Also in Phase 4, a new report has come to the surface that we will see Doctor Strange handling more than one superhero which includes Spiderman in Spiderman: No Way Home and two more of them in his upcoming stand-alone, Doctor Strange in the Multiverse of Madness.

After the end of the Disney+ series, WandaVision, Marvel’s have confirmed that Wanda’s is story connected to Doctor Strange 2 which will bring back Wanda to the big screen one more time. Not only it’s connected to WandaVision, it is also tied with Disney+’s upcoming series Loki.

Doctor Strange in the Multiverse of Madness features the Scarlet Witch

Elizabeth Olson aka The Scarlet Witch is hell-bent on finding her children even if that means tearing the whole multiverse apart which will lead to chaos and destruction everywhere. With her newfound powers, it going to be deadly especially when she has been declared the most powerful character in MCU by Kevin Feige.

Elizabeth Olson also added that the movie is going to be crazy and the makers are going for a horror show vibe. Now fans are counting on the actress’ words.

Marvel studio is known for shielding their projects from the public eye, keeping security high to make sure there are no leaks. Well, the upcoming Doctor Strange sequel is no different. Without even getting a glimpse of the sets of the movie, fans were going bonkers. That all changed a few days ago leaving fans flabbergasted. As the film was close to it’s wrap, makers decided to give fans a little glimpse of the sets.

During their last week in London, the set was moved to a farm near Somerset. The cast was said to be filming one last scene here. According to a report, that one scene single-handedly worked in approx. 2 million dollars to the local economy.

Also, Benedict Cumberbatch was seen sporting a beardless look near the sets of Doctor Strange in the Multiverse of Madnessleaving many fans curious as to what is going to happen in the upcoming project. The clip features the lead of the movie near the farm in Somerset where the last week of filming is taking place. We all have seen Cumberbatch donning his iconic goatee for the role of Doctor Stephen Strange but it appears that the Doctor Strange’s signature beard is going to vanish for some hidden motives during the course of the movie.

Doctor Strange in the Multiverse of Madness: Release Date

The sequel was announced in San Diego at Comic-Con in 2019 by Derrickson and Feige. The initial release date was May 7, 2021. The shooting started in November 2020 in London. But just like many other projects, shooting for this one was also ditched in January 2021 due to the Corona Virus pandemic. Later on, the filming started again on March 21 and was finished just a few days ago in April 2021.

The movie is all set to release in theatres on 25 March 2022. This is going to be the first horror theme-based film in the MCU. We can’t wait to hitch a ride into the Multiverse of Madness. Also, do tell us in the comment section what do you think about this movie and which character are you most excited to see in this upcoming Marvel film.