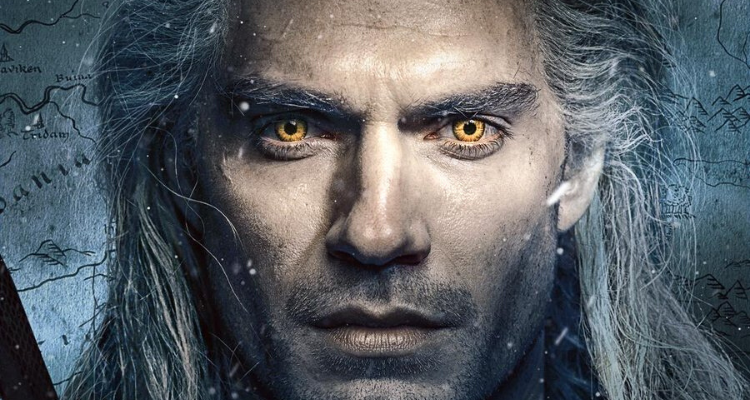 Since Netflix picked up The Witcher with some incredibly talented artists immortalising the fantasy fiction characters, the show and the book have received a loyal legion of fans. A tremendous homage to the world of The Witcher in itself, fans and fic-tion mongers alike are gearing up for an explosive season two, due next year.

While the main stars of the series revealed their costumes for season two (hyperlink) a couple of weeks ago, there is yet much contention in determining how old the characters are as they progress in the story. Henry Cavill plays the courageous Geralt of Rivia, bound to Ciri through destiny, making him much older than the young princess, played by Freya Allen.

Geralt and sorceress Yennefer have a tumultuous relationship; yet, Yennefer’s enchantment occurs decades before she comes across Geralt and learns of Ciri. The characters’ plotlines are told as they progressed through the plot in the series, until they finally collided to bring all three of them together at one point. Their ages throughout the whole plot has stirred up quite a bit of excitement, as their ages are determined, in part, by the extent of their immortal and mortal powers.

Although the timeline seems confusing at first, it clears up and places the characters at the crux of the story soon enough. When we get introduced to Geralt of Rivia as the smouldering, enigmatic Witcher, the series places him at 100 years old. This timeline is several years before Ciri is even born, and it is only plausible that Geralt is well over 100 when he crosses paths with Ciri.

Even though his age is at a higher end, his appearance is quite close to that of early 30s, and this explains how slowly Witchers usually age. In the books, Geralt is actually about 80-90 years old and the physical description is on point with how Witchers lived and aged. They are said to live for over centuries together, owing to the mutagens they receive, making them look strikingly young at merely the age of hundred.

Yennefer also ages in a way that is quite similar to that of Geralt. When the series establishes Yennefer’s character, she is a mere neophyte with a crooked spine, yet to tap into her magical powers. After the encounter with the enchanter, her story skips to about thirty years of her being a Mage to Virfurial. Her appearance though, is trapped to a mid-20s look, just to show her ceasing to age after her ascension. The books place her in an age that is older than Geralt’s.

She is around 94 in book lore, but doesn’t look in the least bit like that. The series, however, make her younger, at around 71 years old, far younger in comparison to Geralt. This has piqued the interest of a lot of fans, as there isn’t a definite suggestion to her age. Her timeline in the series is the oldest, but it doesn’t prove much in terms of her age, because her story begins with her tutelage and takes her three decades forward.

A few fan theories are that she was put into a higher age than Geralt in the books, in order to make their love story seem not too sexist and ageist. In appearance though, Yennefer does not age a day and looks as she has right from the time she became a powerful Mage.

Ciri, being the only main human character, ages according to the timeline. She’s bound to Geralt by The Law of Surprise even before there’s any clue to her being born. That put Geralt at age hundred in the series, when he invokes The Law of Surprise, and by the time he gets to meet Ciri, she is a young girl of about twelve. Unlike Geralt and Yennefer, Ciri ages normally, and the same is maintained in the series. How the three characters with their ages work together is fascinating too see, as both Yennefer and Geralt are people with decades of experience, and Ciri still learning the ropes.

Season two of The Witcher will perhaps give more insight into the characters’ ages. Geralt’s age is one that requires good detail, for it’s quite interesting to see how the Witcher responds and bonds with his child of Surprise. All those decades of monster hunting and his upcoming mentoring is bound to have a harmonious amalgamation of his bravery and wisdom. Not only that, we might get to see his soft side, the more parental one.