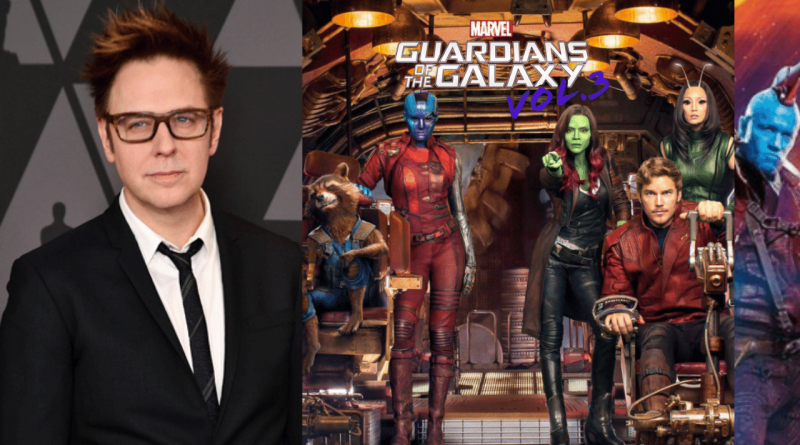 After facing so many obstacles, Marvel’s Phase 4 is finally back on track with various TV shows and movies planned for the next few years. However, Phase 4 has begun now and is ready to hit the theatres with several movies releasing this year. One of them is James Gunn’s Guardians of the Galaxy 3 and it is going to be a heartbreaking moment for James Gunn fans. Let’s move forward to know the reason.

Just like many other productions, Marvel Studios’ schedule was disrupted due to the lockdown imposed because of the Corona Virus last year. Fortunately, the filming has picked up where it was left off and some have even finished filming. With the beginning of Phase 4, many movies are lined up for release starting with the Black widow.

Recently, a Marvel teaser trailer was released which showed what films will be hitting the theatres after Black Widow. One of those movies was James Gunn’s Guardians of the Galaxy 3. The movie is set to be released on 5 May 2023 and it’ll be a bittersweet moment for the fans because apparently, it is James Gunn’s last Marvel Cinematic Universe film.

Guardians of the Galaxy 3: Last James Gunn movie of the franchise

After Marvel Studios dropped their latest trailer, James Gunn assured his fans with his tweets that he’ll see all of them in theatres when Guardians of the Galaxy hit the big screen in two years. A curious fan replied to his tweet asking if this is going to be James last movie or he’ll be back with another adventure to which James replied that Vol.3 is most likely to be his last movie in MCU.

Well, It appears to be true as this is not the first time Gunn has said something like this. Before this, James Gunn made some comments on his future with Marvel’s back in 2020 and back then the Slither and Brightburn director also said that Guardians of the Galaxy 3 will probably be his last film for Marvel Studios.

Though James followed up that comment by saying that you never know what happens but his latest tweet holds a sense of finality compared to his 2020 comments.

Why this could be James’ last movie in Marvel Cinematic Universe?

There could be several reasons why this is James’ last movie in MCU. Without a doubt, James Gunn is an excellent director and he probably has more projects to move on to. He is also the director of the DCEU movie, The Suicide Squad and is currently in the middle of post-production. Gunn will be writing and producing Warner Bros. forthcoming Coyote Vs Acme in 2023. It’s going to be a live-action animation hybrid movie.

Even after completing Guardians of the Galaxy and Coyote Vs Acme in 2023, James has his plate full. Later on, he may want to go back to his forte that is indie horror, work on another Warner Bros. project or simply take a break for some time. Provided that this could be the last movie in the Guardians of the Galaxy franchise depending on how the story plays out, fans might not get another Star-lord adventure.

Will there be a part 4 of Guardians of the Galaxy?

For a very long time, Marvel standalone movies have been coming out in trilogies but look like it is going to change as we move forward into Phase 4 of MCU. Beginning with Chris Hemsworth aka The God of Thunder returns with his fourth solo movie, Thor: Love and Thunder directed by Taika Waititi. Though this part was driven by public interest after they got great response from Thor: Ragnarok.

Now new reports have surfaced that Captain America 4 is also happening to feature Sam Wilson as the new American star superhero after the events of The Falcon and The Winter Soldier. This might also reveal what happened to Steve Rogers and where is he.

Earlier, it was revealed by Gunn that Vol.3 is going to be the final excursion for this selection of members which means that they might be going their separate ways. Also, he guaranteed the fans that there will be one major character death in the threequel. However, there are two major storylines expected, first they are going to search for Gamora and second, revelations of Rocket Racoons tragic past stories.

Given this fans might be hoping for another chapter of the Guardians of the Galaxy after 3 and it could be possible. But one thing is for sure that James Gunn is not going to be a part of any more movies after Vol.3 based on the recent comments.