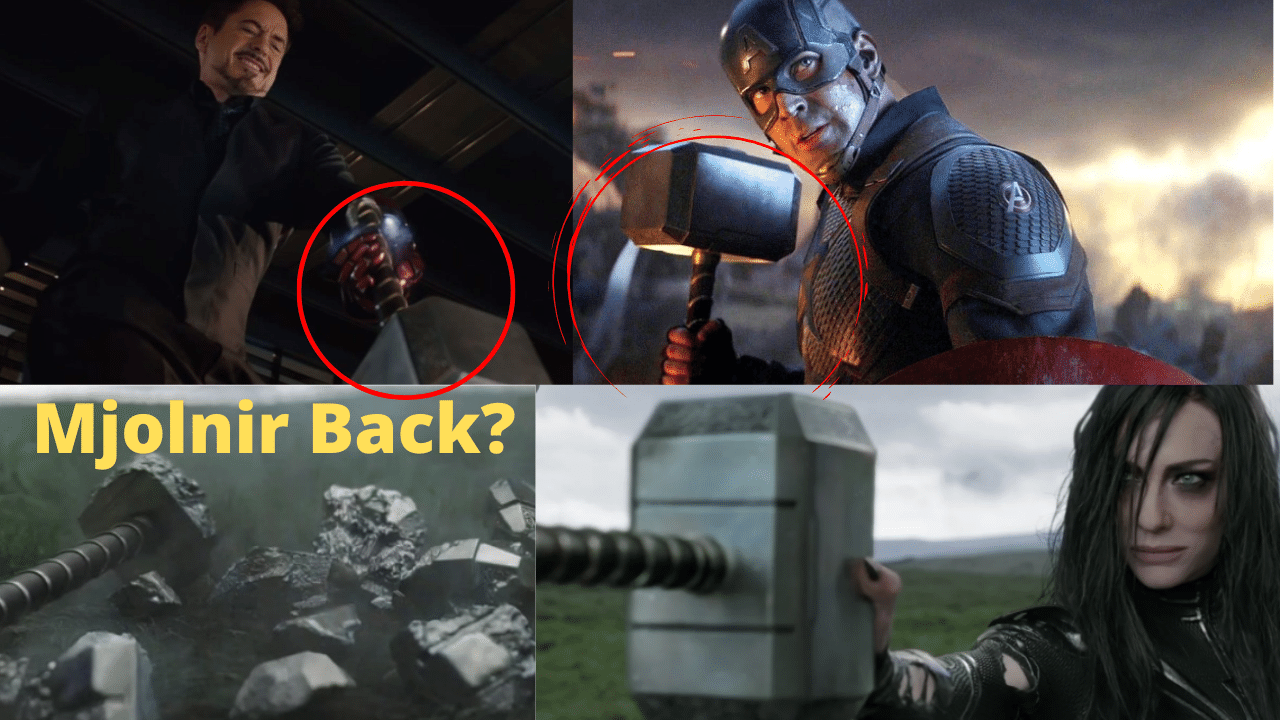 One of the coolest things about Thor, The God of Thunder is his hammer, Mjolnir. Its presence in the Marvel Universe has been on and off for a very long time now. Mjolnir was last seen in Thor: Ragnarok. It was in the hands of the God of Thunder till the beginning of Thor: Ragnarok. Later on, we saw Hela, The Goddess of Death, Thor’s sister broke it off like it was nothing.

However, we saw it again in the last fight of Avengers: Endgame and in the hands of Captain America who he took it back in the past with him when he was returning the Infinity stones. But we will get to see it one more time in the upcoming movie, Thor: Love and Thunder as shown in the previews and the director of the movie, Taika Waititi has also confirmed this himself in the Comic-Con 2019 when he announced the movie.

What is the current location of Mjolnir?

Mjolnir was last seen with Captain America when he was leaving to put back all the Infinity stones to their respective spots. He time travelled to Asgard to return the reality stone to its original place in the year 2013 and left Mjolnir back there.

It won’t stand long before Thor’s beloved hammer returns, with Mjolnir coming across in set pictures for Thor: Love and Thunder in the hands of Chris Hemsworth’s stunt double. But how will Mjolnir come back this time? Thor: Love & Thunder shows the return of Thor’s enchanted hammer, Mjolnir and here are all the theories deciphering how it could have returned.

In Thor: Ragnarok, Hela broke Mjolnir in Norway which means that its pieces are still on Earth. Maybe those pieces were taken to the New Asgard but the real question is that whether the hammer still has Odin’s enchantment or not. If yes, then nobody other than Thor can pick those pieces up. Although, nobody seemed to care about those pieces in the last movie of phase 3, Avengers: Endgame.

That leaves the audience wondering who will bring Mjolnir back in the Marvel Cinematic Universe. Some of the theories made up by the fans say that Loki might bring Mjolnir back. Disney+’s upcoming Loki series is based on Time Travel. He might come in contact with the Mjolnir when he departs back in the past to different times.

Although there might be one little problem, no matter how strong Loki gets yet he can’t pick Mjolnir because he isn’t worthy of it. However, he can teleport it with the help of the Tessaract. It is speculated that the end of the Loki series will be the return of Loki and Mjolnir to the main timeline of the Marvel Universe.

If we’re talking about Mjolnir from different timelines and universe then let’s talk about Jane Foster too. During the events of Marvel Comics secret war when Universe 1610 is destroyed, the hammer of that Universe’s ultimate Thor is founded in Old Asgard of Universe 616 where whoever holds the power to hold that hammer is called War Thor.

In Infinity War, Thor’s new hammer, Stormbreaker is also inspired by the same Ultimate Thor hammer. During the events of the War of Realms that hammer is destroyed. But when Jane Foster holds that same hammer the pieces get back together because she was worthy. We’re hoping to see that again in the Marvel Cinematic Universe.

Recently, a very interesting fan theory popped up. It says that Captain America might have something to do with the return of Mjolnir. According to the theory, Captain went back to put Mjolnir to its original place so that it could be destroyed by Hela which will result in Thor getting the Stormbreaker, his arrival at Wakanda and the completion of events of Infinity War so that everything goes well in Endgame. That’s why its return is important.

But many questions arises from this. How will Jane Foster get her hammer? It’s very simple, Captain America will switch the Mjolnir with a fake one. But how? Well, the answer could be that before the events of Thor: Ragnarok he will visit Doctor Strange’s mansion where he will switch the Mjolnir so that Hela could break it even after the enchantments on it.

Accordingly, Captain America will give Mjolnir to Jane foster at the beginning of Thor: Love and Thunder. And if Captain doesn’t give her Mjolnir then how will she become the Mighty Thor? Also, we would love to see something about the War Thor.

Mjolnir’s comeback has surely boosted the curiosity among fans, but in truth, it’s pretty unsurprising. The Jane Foster storyline being included into the MCU makes Mjolnir a necessary element solely because it is based on a story in which Foster proves herself worthy to hold the power of Thor when she grabs up the enchanted hammer.

Well, there could be a bunch of plot holes in these theories but we can do nothing till anything about the return of Mjolnir is confirmed. Till then keep up the enthusiasm for our favourite God to make a comeback as Thor: Love and Thunder is set to hit the theatres in 2022.