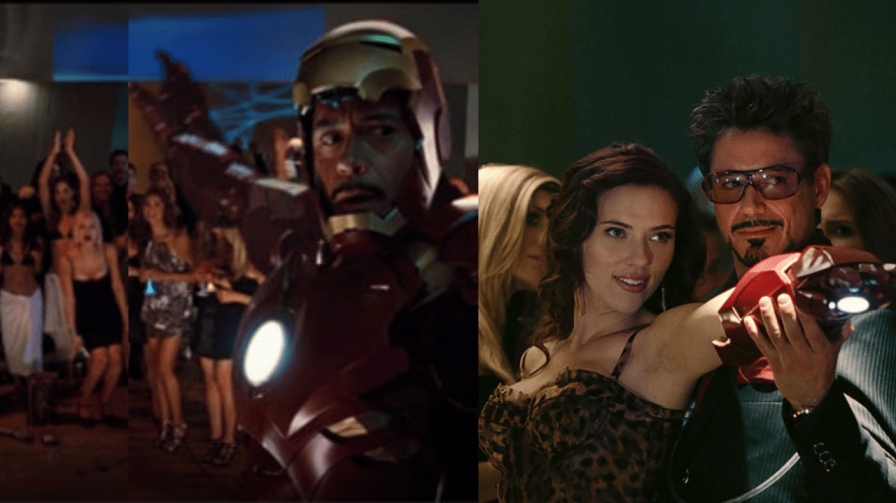 One of the first and most loved superhero of the Infinity Saga, Tony Stark, aka Iron Man, played by none other than Robert Jr. Downey, who has a huge role in the first three phases of Marvel, celebrates his birthday on this Sunday. Born on April 4, 1965, the actor turns 56 this year. His 56th birthday was celebrated by many of his co-stars and friends.

Entering the Marvel franchise in 2008 with his solo movie Iron Man, Robert Downey Jr. has played an important role in the Marvel Cinematic Universe films. Although his stand-alone movies ended in phase 2 but that didn’t stop him from appearing in the franchise films. He starred in the Avenger series.

He also appeared in Spiderman: Homecoming and Captain America: Civil War. Although, both of the films were centred on other heroes, his angle still went ahead, and he learned important lessons. He still played a crucial role in the franchise. He will always be treasured.

He ended his journey as Iron Man in the last movie of the infinity saga, Avengers: The Endgame, where he sacrificed his life to save the world from Thanos. He still will be a part of the Marvel Cinematic Universe. He will be seen in many upcoming movies of phase 4. He will continue to be a key factor in future storytelling.

Robert Downey Jr. has been one of the primary driving force behind Marvel’s fame in recent years, and his income confirms it. It’s calculated that he has earned over $200 million from his parts in the Marvel franchise alone and departed with a massive amount of $75 million for his finale enacting Tony Stark in End Game. Pondering on the fact that he only made half a million dollars for the first Iron Man movie, it appears obvious that this pay is an indication of just how greatly Marvel treasures him.

Iron Man may be dead as a character, but Robert Downey Jr. will always be a part of the Marvel Universe. Being one of the first characters of the franchise in the Marvel Cinematic Universe, he had spent a lot of years playing Tony Stark aka Iron Man, and in these years he has won billions of hearts and has made a lot of friends. He also acted as a mentor for those who joined the Marvel Cinematic Universe after him and all of them showered him with wishes on his 56th birthday through their social media accounts.

Birthday wishes for our very own Iron Man aka Robert Downey Jr.

Robert Downey Jr.’s Marvel co-stars also celebrated his birthday in their ways. Many of his co-stars like Mark Ruffalo, who plays The Hulk, Jeremy Renner, who plays Hawkeye and Chris Hemsworth, the God of Thunder, Thor.

Let’s have a look at all the wishes he got on his birthday:

Mark Ruffalo, aka The Hulk, uploaded a picture with Robert and wrote, “Wishing my other half of the #ScienceBros a happy birthday! @robertdowneyjr.”

Jeremy Renner, who portray Clint Barton, aka Hawkeye, picked a picture of the two laughing for for his birthday post.

He wrote “Happy birthday to my dear friend @robertdowneyjr Happy Easter to you. Bestowing loads of love and laughter with family and friends today my brother,”

Chris Hemsworth, aka the Thor, also put on a sweet shout out for Robert Downey Jr., who debatably launched the Marvel universe as Iron Man.

“Happy birthday to this very special human! Thanks to his mind-blowing creativity and unrivalled leadership we were all able to ride on his coattails through the marvel cinematic universe forever grateful. Love ya mate @robertdowneyjr,” Hemsworth wrote alongside a picture.

Although, the man outdid all other birthday posts on social media himself. He posted a picture of himself wearing a matching burgundy night suit standing in front of balloons representing his age number as he copies the victory pose wearing a golden crown.

He appreciated all the love and wishes he got for his birthday and wrote, “Much love and gratitude for all of the birthday well wishes! Many reasons to feel blessed today,” alongside the picture.

Will Robert Downey Jr. ever return to the movies as Tony Stark?

Ensuing Tony Stark’s death at the end of the Infinity Saga, Robert Downey Jr. has been persistent that he’s done with the Marvel Cinematic Universe. All the better, possibly to benefit the character’s heroic sacrifice and to maintain its weight and significance.

Though, We hope to see more of our favourite superhero on the screen and wish that the makers could find a creative way to bring him back in the marvel universe till then we have to move on without our beloved Iron Man.

With this, we wish Robert Downey Jr. a very happy birthday! We wish him ample happiness and love. May all his dream turn into reality, and he never ceases to entertain us. We wish him a long and healthy life. Once again a very Happy birthday to our precious Iron Man.