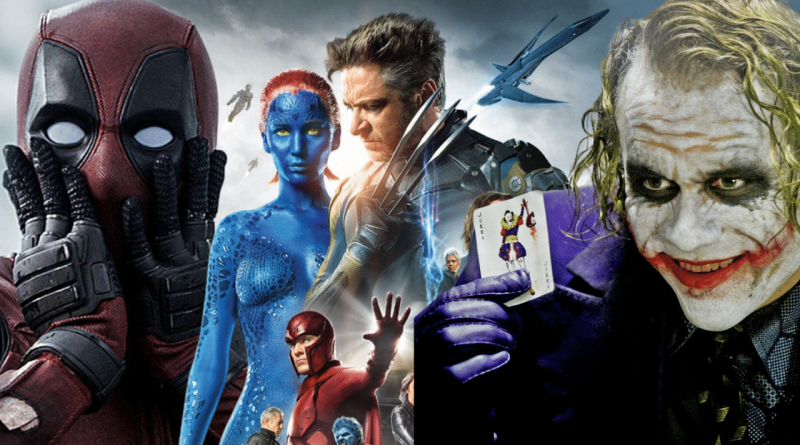 With the Marvel Cinematic Universe ruling the superhero universe in the film industry and the DC Extended Universe closely, many brilliant superhero movies are getting sidetracked by these two superhero series. Some great movies are not from the MCU or DCEU, but they don’t get enough appreciation and credits. So let’s take a moment to appreciate the top 10 best superhero movies that do not belong to Marvels or DC.

After receiving a lot of criticism for the first few films by fans and critics, the makers took some time to examine what went wrong with the X-Men series. Surprisingly, 20th Century Fox successfully wonderfully restored the series with X-Men: First Class. It ended up being one of the best films of the series. The new direction of the series was refreshing.

The credit goes to Director Matthew Vaughn, who transformed Magneto into a James Bond-like sophisticated spy. The storyline also focused on his relationship with Professor Xavier, why they were so close and what drove them apart.

There have been a bunch of different incredible Batman movies in the last few decades. From Tim Burton’s peculiar version of the world’s greatest detective to Christopher Nolan’s Dark Knight in the Dark Knight Trilogy, it will most likely be shocking for fans to believe that an animated movie is the best out of them all.

Mask of Phantasm isn’t your regular animated movie; it was so good that Warner Bros. decided to take it to the big screens. Despite the numerous Batman movies, Mask of the Phantasm is an origin story, unlike the rest. Although it’s an animated movie, it’s pretty mature. It’s isn’t just the most fantastic animated Batman movie, but one of the best superhero movie.

Followed by the rejuvenation of the X-Men franchise with First Class, X-Men: Days of Future took it to another level. The characters from both movies clashed in the best way they could. The makers took a significant risk with this as it could have easily come off so twisting and excessive, but it turned out revising everything wrong with the previous films, repealing all the bad movies. The movie’s best moment was Quicksilver’s introduction, followed by the scene where he breaks Magneto out of the Pentagon.

With Logan, 20th Fox Century gave the audience what they truly wanted for the first time from Wolverine’s character. His character was the fiercest in this movie. The plot had a lot of action, bloodshed and emotional depth. Soon, it became the highest-grossing movie from the X-Men franchise except for Deadpool.

Surprisingly, many grossing movies are the highest rated by IMDb users. However, superhero movies with a high grossing rate than the X-Men movies are rated relatively low. This could be because X-Men is a much more appealing franchise to a particular fraction of the audience than MCU Or DCEU.

Ryan Reynolds has played a superhero multiple times, and he has portrayed Deadpool several times as well. But in this movie, the character was so much more connected to the source material. From the spot-on outfit to the R-rating of the movie, the studio took full advantage of all of it. The character was quite intriguing, with a smart mouth for critics and fans. He quickly brought up all the flaws from other superhero movies, and viewers loved it very much.

When the movie came out in 2004, it was detached from the rest of superhero movies. Though The Fantastic Four inspire the movie, it’s more of a Pixar movie infused with family morals. The superhero touch is just a cover for Pixar’s outstanding storytelling and heartwarming narratives. However, it’s still a superhero movie, and even though their powers aren’t unique, they are used in a much better way than their MCU and DCEU equivalents.

After the failure of Batman and Robin, a break was more than needed for the character. However, it will be eight years long. But when the character made a comeback, it was worth all the wait. It also opened the floodgates for Christopher Nolan as he was one of the most constant bibliographies ever.

It was one of the most epic wrap up of the greatest trilogies of all time, and the audience went crazy over it. Despite it being one of those movies where his face was covered, Tom Hardy’s outstanding job portraying is outstanding. The villain was so much more intelligent than how it was illustrated in the rest of the movies. The IMDb rating of the movie is proof of how the fans reacted to the movie.

The movies from the Spiderman franchise are often neglected Because it’s not as well known as the rest of the live-action films. However, according to IMDb users, Spiderman: Into the Spider-verse is far better than all those live-action films and by a considerable difference. The second spot goes to Spiderman: homecoming, which got an IMDb rating of 7.5.

Saying The Dark Knight is a perfect movie should be an understatement. It is one of the best superhero movies ever. The movie caused a paradigm shift in the industry. After the release of the Dark Knight, it changed the way studios made superhero films. The first-ever superhero movie to win an Academy Award for acting and the remarkable performance of Heath Ledger as Joker will be hard to forget. Apart from a 9.0 IMDb rating, the movie is the fourth greatest movie of all time.