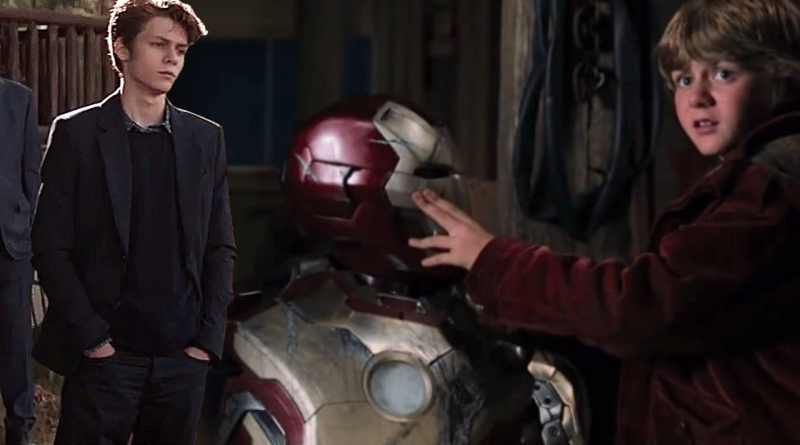 Harley Keener last appeared in Avengers: Endgame at Tony Stark’s funeral and now will be seen in the upcoming Avengers tie-up comic series which can potentially lead to the introduction of a bigger character in the Marvel Cinematic Universe.

Brought alive on the screen by Ty Simpkins, Harley Keener was an original character from Iron Man 3 who didn’t have a comic equivalent until now. In Iron Man 3, Harley Keener portrayed a witty and smart kid who helped Tony Stark in rebuilding his suit after Tony’s home was destroyed.

After this Tony and Harley developed a sweet relationship, which was proved when Tony sent Harley advanced and high tech equipment to create his own inventions after he defeated Adrian Killian. Since then his character didn’t make an appearance in the Infinity saga until Tony Stark’s funeral.

Is Marvel planning something big for Harley Keener’s character?

Ever since the news of his Marvel comic book debut came out, it left us wondering whether or not this could be Marvel Studios’ way of setting the stage for big plans for Harley’s Marvel character. He has been invisible in the MCU for a long time, maybe now it’s time for his character to emerge back.

Everything we know about the upcoming comic book W.E.B of Spiderman so far

Recently, Marvel Comics released a preview for the upcoming W.E.B of Spiderman series by Rachelle Rosenburg, Kevin Shinick, Travis Lanham and Alberto Alburquerque. It is a tie-in series to the newly disclosed Avengers Campus. Like many other projects, the comic was postponed due to the COVID-19 outbreak. Now that the campus is ready and revealed, Marvel didn’t wait to give fans the first look at the comic.

In the comic book, the infamous Peter Parker arrives at the W.E.B that stands for World Engineering Brigade, where he is supposed to supervise a group of intelligent kids that Tony Stark picked and put together in a team. Aside from Peter, there are other companions including Harley Keener, Lunella Lafayette and Onome.

In the preview, Harley Keener’s identifier tells about his place of birth, Rose Hill, Tennessee and while telling about his point of interest says he’s a friend of Tony Stark. Though it’s not a big deal to see Harley in the group of kids as he’s exceptionally smart, seeing him continue his story in Marvel comic book after being unseen in the MCU for so many years hints at something bigger.

Where does Harley keener’s character stand in MCU? What does the future hold for his character?

Now, that it’s clear that Marvel Studios is not done with Harley’s character we should be prepared to see him in a bigger light in the future projects of Marvel Cinematic Universe as he wasn’t seen in the Marvel Comics before which leads to a single conclusion that he was precisely chosen to play this part and Marvels has something big planned for his character.

Regardless of what are the plans for Harley Marvel Cinematic Universe Character, it’ll be really exciting to see Harley Keener make his Marvel comic book debut after appearing in only two MCU movies – Iron man 3 and Avengers: Endgame (for a brief moment at Tony’s funeral).

Now that we’re sure of Harley’s upcoming appearance in Marvel comics that is certainely going to be different from his big-screen appearances till now, it also increases the odds of bigger plans for his character in MCU.

Will we get to see Harley in any of the upcoming Disney plus shows?

As you all know, W.E.B of Spiderman is a tie-in book, it shouldn’t come as a surprise to anyone if the comic is just a path to put the footing for his next big MCU appearance. Well, wouldn’t it be exciting to see him in other future projects like Ironheart? No matter what the future holds for Harley Keener’s character, we just know one thing for sure that fans would love to see more of Harley Keener’s character.

As we know, Marvel Studios has always been quite secretive about their plans and don’t like to reveal much unless it’s the right time. So all we can do is wait and keep our eyes and ears open for any new information.

Coming back to the W.E.B of Spiderman series, the comic books will be available in the stores from next week. We’re sure that you all are as excited as we are for this new series. So don’t forget to grab a copy for yourself and do tell us how much you liked it.