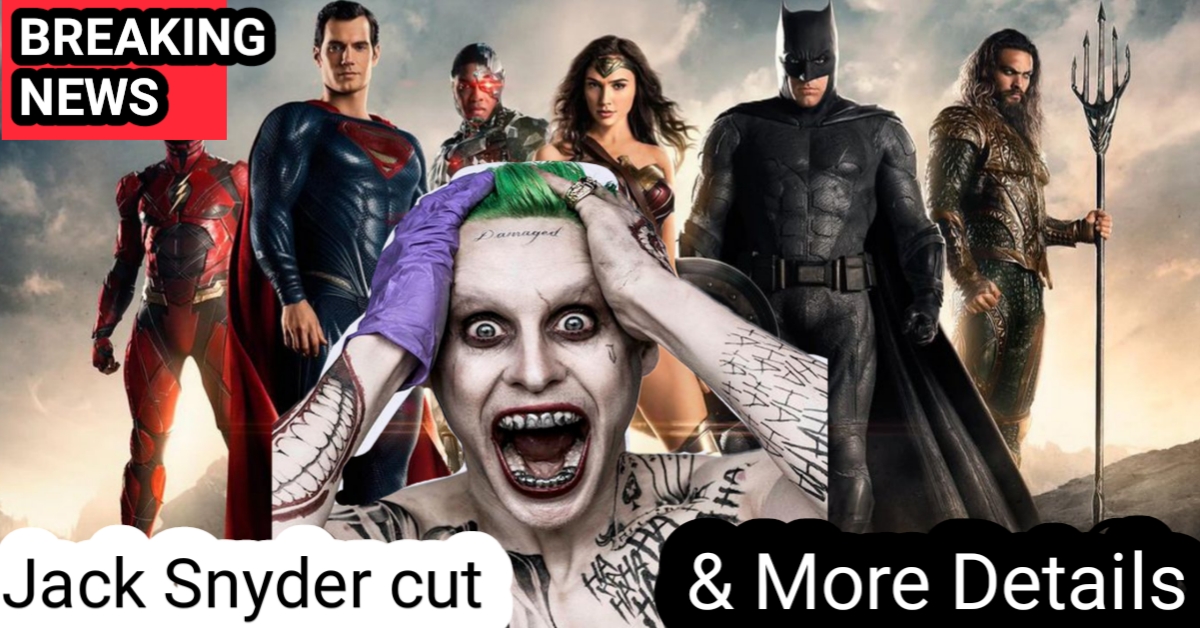 First we will talk about the Justice League film by Zack Snyder all the updates are awesome,

We’ve heard that most of the characters are Coming to play their role and answer Asked Questions.

Junkie XL is A dutch music composer who is composing music for The justice league, Because the duration of the movie is about 4 hours so more responsibilities like re shoot and many things have been created.

Now the budget of Zack Snyder movie has been increased to 70 Million dollars.

HBO Max gives Green light to the movie So Maybe the movie will be More Amazing, HBO Max wants to increase their Platform by publishing Amazing movies.

On other hand the news is coming that Soon HBO Max will publish movies by DC.

Also many people is thinking that DC is Copying to marvel Universe (MCU) so let me tell you that, Now DC is focusing to build movies on one universe,

Such as:- The Suicide Squad will base upon the character of JohnCena.

In Batman movies they will show us how the Crime increases in the world without Batman., The flash movie will Reboot the DC.

Michael keton will be Seen in the movie, Michael confirmed that the Project of DC talks is running about their role.

Maybe He is Coming with Batman Role.

Many Actors are coming to re shoot the film in this list The new name is adding which is DeathStroke? But still it is not confirmed that he is coming.

The other new update is coming that Jack Jones and John berg has been removed from their Producers Position, This is a big news for the fans, and both names will be aware from the justice league movie.

The Justice League movie is already released in 2017 but it’s about re shooting the whole movie, re shoot will be started in this month and kelvin is doing the Superman role not in the whole movie but some scenes have shooted.

The another chance is given to Jared Leto because his joker role in previous film suicide squad was not better than all fans was very disappointed with this.

Because Most of the Fans Watched the suicide squad movie for Zalred Leto’s Joker role.

Now all things depend on Zared leto, the DC universe is now doing a greater work than marvel universe.

So here are the all New Updates By Zack Snyder’s The justice league hope you’ve liked it don’t forget to share..