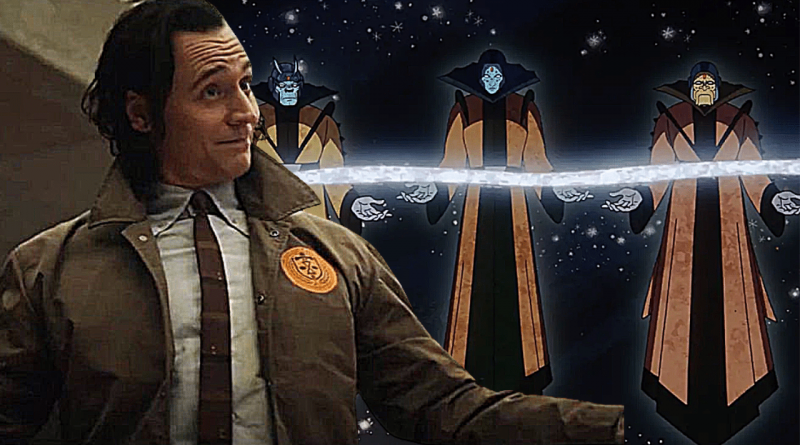 The recently released episode two of the Loki series has given birth to the Multiverse of Madness, setting the stage for the Doctor Strange sequel. Even though the concept of time travel has been introduced earlier in MCU, it wasn’t very precise. However, the Disney plus Loki series featuring the God of Mischief has explained how time works in the MCU.

By introducing the Time Variance Authority, Marvel has made the rules of time travel quite clear for fans. It also introduced the Sacred timeline, Nexus events, and the Multiverse alongside TVA and the Time Keepers. The Loki series explained how all of this came into existence and how it works.

Despite the job given to them of protecting the timeline, it looks like the Timekeepers and the TVA are destined to fail as Marvel plans to do other multiversal projects. The sequel to Doctor Strange is titled Doctor Strange in the Multiverse of Madness which pretty much proves the point. However, the Loki series is moving quickly in terms of the pace of the show. It has already created the multiverse by the end of the second episode. The person responsible for the creation of the multiverse is none other than a variant of Loki.

Lady Loki – Another Evil Variant Of The God Of Mischief

It is revealed that an evil time-traveling variant of Loki has been intentionally causing troubles for the TVA. After setting up many traps to draw out the TVA and Loki, the evil Loki variant reveals herself as lady Loki portrayed by Sophia De Martino. Given her comic book origin, it is safe to say that MCU’s lady Loki has a simpler origin, confirming that Loki’s character is gender fluid in the MCU.

Lady Loki to set traps for the TVA

The lady Loki is on a mission to steal reset charges from the TVA; she seems to succeed. The TVA thought lady Loki had only stolen around six reset charges, but they were proved wrong as she had collected more than a dozen of them. They underestimated her as when she had gotten enough of these reset charges, and she kidnaps a TV agent. As of now, the lady Loki appears ruthless and forced to be reckoned with.

As she escalated with her plan, she left clues for the TVA and the God of mischief to follow to move her plan to its next stage. In the events, she creates chaos and disruption all over the timeline, making things worse for the Time Variance Authority. The whole TVA organization is left in disarray without knowing other Nexus events taking plays in the background.

Lady Loki ended up creating multiple new branches in the timeline, and some of them are at a point where they cannot reset them, resulting in chaos in the sacred timeline. All of this led to the multiverse of madness come into existence.

What does Lady Loki want?

With the knowledge she has about the timeline and the advanced technologies she possesses, it’s hard to believe that she’s working alone. She’s most likely working with Kang the Conqueror, a time-traveling villain who will make his debut in the Ant-Man and The Wasp: Quantumania.

However, It’s still unknown from the God of mischief working with the TVA. It was suspicious how she allowed him to draw her out and left her escape portal open, hinting that she was planning to free Loki as well. Well, the time shall reveal the truth. Till then, enjoy new episodes of the Loki series every Wednesday on Disney+.

Thank You for Watching by Super Hero ERA