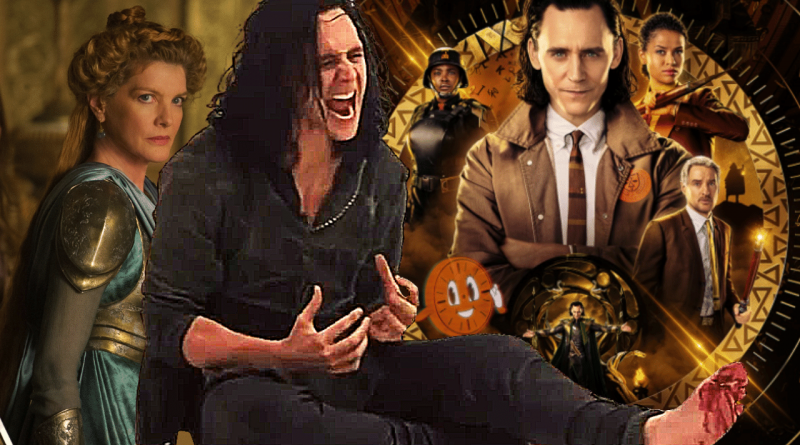 Loki actor, Tom Hiddleston is known for his deceitful trickster character in Marvel Cinematic Universe. However, his reputation can be changed if he gets a scene similar to the Avengers: Endgame with his mother Frigga in the upcoming Disney+ Loki series. This could possibly lead him in the direction of redemption.

From learning the truth about his birth origin to deceiving everyone multiple times to actually dying at the hands of Thanos, Loki has been around for a very long time. He made his debut in the Marvel Cinematic Universe in the earliest days. After so many years, Loki actor, Tom Hiddleston is all set to lead his own story in the upcoming Disney+ Loki series.

The Loki series is all set to release in June 2021 on Disney plus. In this series, fans will get to see the version of Loki that hasn’t made an appearance since 2012. Loki actor, Tom Hiddleston has made several appearances in many projects throughout his MCU journey. Starting with Sir Kenneth Branagh’s Thor in 2011, Loki’s character has come a long way. His recent appearance was in Avengers: endgame in 2019.

After their intense war with Hela to save Asgard from her wrath in Thor: Ragnarok, Loki and Thor appear to be out of the woods and on their way to Earth but unfortunately, they had an encounter with Thanos who killed Loki on his quest of finding the space stone. However, when the time theft went off the track in Avengers: Endgame, Loki used it as an opportunity to escape with the help of Tesseract. The Disney+ Loki series will continue from there featuring Owen Wilson’s Mobius M. Mobius and The Time Variance Authority.

Disney+’s upcoming Loki series might lead Loki towards his redemption

The upcoming series will feature a new Loki variant who has not experienced many of the things that happened to the original Loki yet. Therefore, there is still a chance for redemption for this Loki from an alternate timeline. Similar to the journey Thor went on in the Avengers: Endgame, where he meets his mother, Frigga who with her magical powers instantly find out that he is the Thor from the future.

After the things Loki had done to Asgard, Jotunheim and Earth, he really needs redemption and a similar encounter with his mother could be a lot of help to him. Also, it will encourage him to embrace his magical abilities which he got from Frigga and help him become the God of Mischief truly.

After several trailers and overviews came out for the Loki series disclosed that this Loki from an alternate timeline will be compelled by the Time Variance Authority to help fix the timeline which was disrupted after the events of Avengers: Endgame. In this journey, he might come face to face with other versions of himself. Similarly, when he will be travelling through time to fix the timeline, there is also a huge possibility that he may encounter Frigga, his mother just like Thor did.

However, this Loki from an alternate timeline is a complete stranger to the future that befalls his mother. That’s why there is a huge possibility that this encounter with his mother could very much lead Loki on the path of redemption. To see the Loki we saw in Thor: Ragnarok, the Loki who had something good in him this encounter is somewhat necessary.

Just like Frigga helped Thor overcomes his fears of his own flaws, she could do something like that for Loki as well, while prompting him to recall the powers he wields as the God of Mischief. Without a doubt, his mischief and trickery will help him a lot in the upcoming series. That’s why a heart to heart moment with his mother will help him to lead the path of redemption just like Thor and strengthen his relationship with his mother which will remind him of his magical powers that he got from her.

This mother-son scene could push Loki’s character to be the most dominant and positive version of him ever seen in the Marvel Cinematic Universe. Though,  converting Loki into an anti-hero may be the best possible chance of redemption for the future of the character. No matter what, an encounter with his mother will surely bring something positive for Loki’s character in the future.

In the first 2 Thor movies, we saw how kind Frigga was and how she had an impact on Loki. It was clearly seen in the jail scene after which she was murdered by Malekith and the Dark elves. If anyone holds the power to redeem the Loki we saw in 2012, it is surely the mother of the God of Mischief herself, she was the person he cared about the most.

We can’t wait to see how the God of Mischief will lead on the path of redemption during his time working for the Time Variance Authority. The series will start streaming on Disney plus 11th June 2021. Till then stay tuned for further updates.