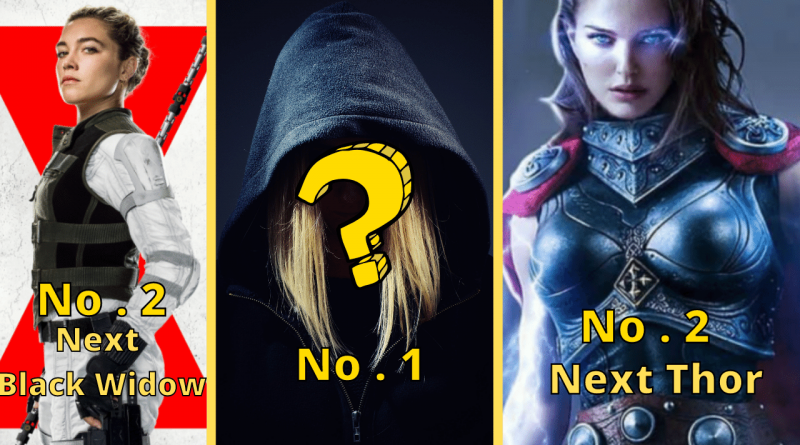 After the events of the Avengers: Endgame, Marvel Cinematic Universe is all set to explore and expand new territories. As the makers move forward with Marvel Phase 4, many new characters will be introduced in the upcoming projects. Followed by the farewell of many dominant characters of MCU including Iron man and Captain America, it looks like Marvel Cinematic Universe is all set to move forward with the replacement of the original Avengers cast.

Let’s have a look at all the new characters that are the potential replacement for the Original Avengers cast.

We all saw this coming at the end of Avengers: Endgame when Steve Rogers gave his shield to Sam to take his legacy forward. Steve believed in Sam and that’s why left the shield in Sam’s hands giving him the responsibility to take over the role of the next Captain America. Later on, Sam was seen wielding the shield in the Falcon and The Winter Soldier and to say that he did a really good job at being the New Captain America would be an understatement.

2. Jane Foster’s Mighty Thor as the New Goddess of Thunder

3. The debut of She-Hulk in MCU

With so many new movies and series on the line for Marvel phase 4, it’s time that She-Hulk is introduced in the Marvel Universe. As Marvels continue to introduce strong female characters like She-Hulk, it won’t be long until fans receive a high-profile film with an all-female avengers cast.

We hope that Bruce will be the one to introduce his cousin, Jennifer Walters aka She-Hulk to the rest of the team. This will allow Mark Buffalo to have a more purposive role in the narrative of the expansion of the Marvel Cinematic Universe.

The upcoming Disney plus show Hawkeye will feature both Clint Barton and Kate Bishop. Clint Barton will most likely be seen training Kate Bishop in the upcoming TV series which will lead to her joining The Avengers in future. The storyline of the series will revolve around Clinton’s past, exploring his character more thoroughly as it didn’t happen much in all the previous Marvel Cinematic Universe films he appeared. This could be his farewell from the Marvel Universe.

5. Yelena Belova as the next Black Widow

The first movie of Marvel phase 4, Black Widow is a prequel set after the events of Captain America: Civil war. Besides Scarlett Johansson, the movie will feature another Black Widow from the comics Yelena Belova. Although the movie is a prequel, the makers will most probably find a way to introduce Yelena as the new Black Widow in the current timeline. Hopefully, her character will be given a new mission or agenda to fulfil Scarlett’s Johansson place.

Despite the fact that Iron Man is utterly irreplaceable in the Marvel Cinematic Universe, fans have been quick to make assumptions about Harley Keener becoming the Iron Lad. Harley Keener, the little boy from Iron Man 3 who loved science and technology was last seen at Tony Stark’s funeral after so many years. Even though he appeared for a few seconds, it left fans to wonder whether on not the character has a bigger presence in MCU in the future.