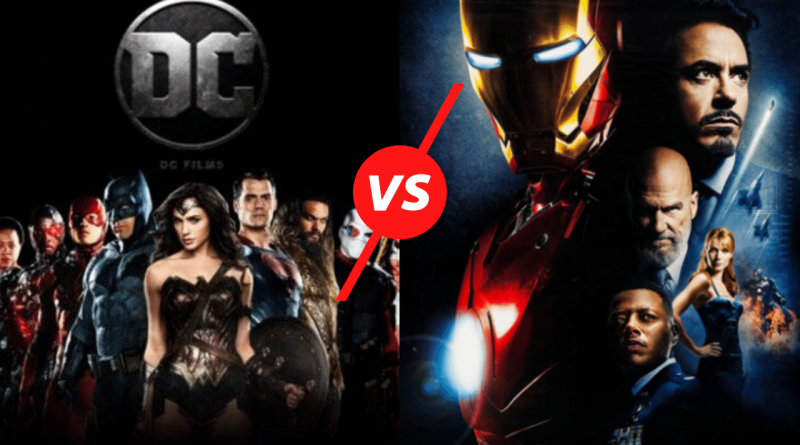 A recent DC Vs Marvel fan poll reveals that Marvel is the audience’s first choice when it comes to their favourite superhero universe. However, DC also has some remarkable characters and stories as well. Over the last decade, both the universes have built huge fan bases for themselves.

DC Vs Marvel: Which is the most popular universe?

Provided the new study, the most asked question has been answered that between DC and Marvel, Marvel is the most popular superhero universe in the world. The new study revealed that Marvel has more search traffic than DC. According to the data collected in the study, Marvel has been listed audiences’ first preference but that doesn’t mean that DC Universe isn’t any less popular. Both the universes have proven to be extremely popular across the world.

In April 2021, Game.co.uk did a survey that analysed Google search results of the entire world to find out the favourite superhero universe, superhero squads, superheroes and supervillains and its findings proved that Marvel is more popular across the globe. The data revealed the most searched universe and character by different countries. Not only the findings showed the most loved universe by the US States but the most searched personality from every single country as well.

While some of the findings were pretty obvious, others were quite interesting and showed what impact does the Marvel vs DC Universe have on the most searched characters. Let’s have a look at some interesting facts from the findings.

The Most Popular Universe based on Country

From the data collected in 60 countries, 51 out of 60 showed that Marvel was the most searched superhero universe covering North America. It is noted that these findings were impacted by the latest releases from both universes. Marvel released WandaVision and The Falcon and The Winter Soldier, while DCEU released Wonder Woman 1984.

On top of the results were the U.S. has more than 300,000 searches per month for Marvel Universe. According to the results, The biggest Marvel fan countries in terms of the search were India and Brazil with a whopping 110,000 searches, followed by the U.K. with 95,000 searches and France with over 90,000 searches. The study states that over 85% of the countries searched for Marvel over DC which resulted in an overpowering victory for Marvel in the Marvel Vs DC battle.

However, DC performed incredibly good in Europe and Asia. South Korea held the second position in the list with more than 200,000 searches per month. In the United States, DC was searched 165,000 times(140,000 searches less than Marvel). Meanwhile, India had the same number of searches as Marvel. Brazil and Turkey had 60,500 searches. Although the result shows that DC is more popular than Marvel in some countries, Marvel still manages to do better in terms of box office collections in those countries.

The most popular universe in the U.S. States

Who is the most popular superhero in the world?

Now the results for this category was quite interesting with Spiderman being the most searched superhero in the world and that too by a wide margin. He ranked on top in 57 countries which makes up to 50%  of the study’s collective data. According to the findings, Spiderman was popular in the United States and Sweden but also in small countries like Algeria, Mongolia Madagascar and Kazakhstan.

The second place was snatched by DC’s Wonder Woman. She is the second most searched superheroes to nab 12.8% of the data in the study. The recent release of Wonder Woman 1984 could have impacted this. She was the most searched hero in Russia while being on top of 15 countries which include Egypt and Belarus.

Finalizing the top three with DC’s Batman, who ranked on top of the searches in 11 countries gaining a nice 9.8% share in the collective data followed by Iron Man who seized the fourth spot in the list of most search heroes. Being on top of the list in 10 countries and with a share of 8.5%, this Marvel superhero became the fourth most searched hero in the world. On top of the 4 countries, the patriotic hero, Captain America did exceptionally well in Canada and Australia.

On the third position was Venom, being the most searched villain in Russia and Brazil with 13.6% of the shares in the study. Next is the most shocking addition to the list, grabbing the fourth spot was Emplate aka Marius St. Croix. He has been playing the villain in the X-men franchise for more than 15 years. But, for a villain who never came out in any live-action projects ranked on top in 11 countries is a surprise for everyone.

The remaining of the list includes Ultron in two countries, Catwoman in 2 countries and another surprising addition, Daken, the son of Wolverine who also has never come out in any big project for Marvels.

Now tell us about your favourite universe, superhero and supervillain in the comment section below.