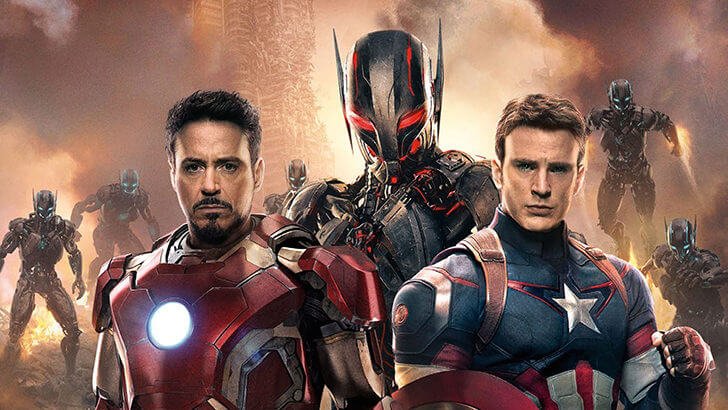 Marvel Cinematic Universe has a huge fan following, today we’ll tell you top and best Moments which Connected us with those characters who makes these moments too amazing.

These moments are not too rarest if you’re thinking, some are 18+..

1) The first moment happened in Guardians of the galaxy movie volume 1, When Rocket and Drax are fighting with each other, Between fights Drax talked about how he was created and which type of Experiments happen with him..

2) The next Scene happens in Avengers Age of Ultron movie Character of hulk are talking with natasha, When Bruce Comes out from Bathroom he tells about his past life and what incidents happened with him after being hulk.,

Because when Bruce converts into hulk he destroys everything..

Also After this Natasha says her life is not going on after becoming a superhero., this is the darkest moment because everything is not going right in their life.

3) Here is the next moment Captain America winter soldier, when Captain knows Peggy has not died yet.

After knowing Captain America goes to meet her but Peggy has a disease named nameshia in which she forgot things so easily.

4) The next scene is Thor 1 movie Loki Knows that he is not an asgardian he is a force giant, Also he is adopted this moment is darkest because he lived his life with odeen, but after knowing she is not real mother, Loki felt sad..

5) The next moment is shooted in Guardians of the galaxy 1, in which Crude helps a Ship because a ship was going to blast he covers ship with his shield and all peoples were saved but at last he died . This is a sad moment for all fans.

6) This is a shocking moment for Peter Parker in Spiderman 3 Homecoming movie, Vulture threatens Peter that “don’t come in the way otherwise he will kill him” But Spider man (Peter) Doesn’t know that Vulture was the father of his Crush in the film.

7) In Guardians of the galaxy movie Volume 1’s starting starload sees that his mother is dying..

8) The other fact is captured from guardians of the galaxy volume 2 movie Ego says that he has put the tumor in his mother’s head after this what happens we all know.

1) This Scene is darkest because Tony Stark sees the death of avengers in a vision. Also Thanos’ army is coming on the earth!! Really this happened in Avengers End Game..

3) Black Widow’s Death:- In EndGame Seeing Avengers death is not easy to watch., Black Widow sacrifices herself because she wants Clint to get Stone. Let the earth be like it was before.

4) The other scene of the End game Thanos is killed by Iron Man. First he cuts his hands then he cuts his head but we’ve not seen these types of Brutally killing.

5) Loki Was died first but this is not sad for fans but he comes in last but he was not Original Loki.

6) Tony Stark Death was the Saddest Death in MCU Because at last he used Infinity stone to destroy the Thanos Army, he knows that he has to sacrifice his life if he will use infinity stone.

At last He sacrifices his life and Avengers Won the fight.

7) Tony Stark (Iron Man) Sees that his parents is killed by Bucky Barnes but if he knows that Captain America knows already who killed tony stark parents,

The incense Fight Happens between Captain America and Iron Man. It is the darkest scene.

8) Now we will Talk about the Last and Saddest moment ever happened in MCU. In the End Game Movie when Thanos killed all the average then the Snaps and Half universe were Died in one pinch.

So here are the all Darkest Deaths and Saddest moments ever happened in MCU..