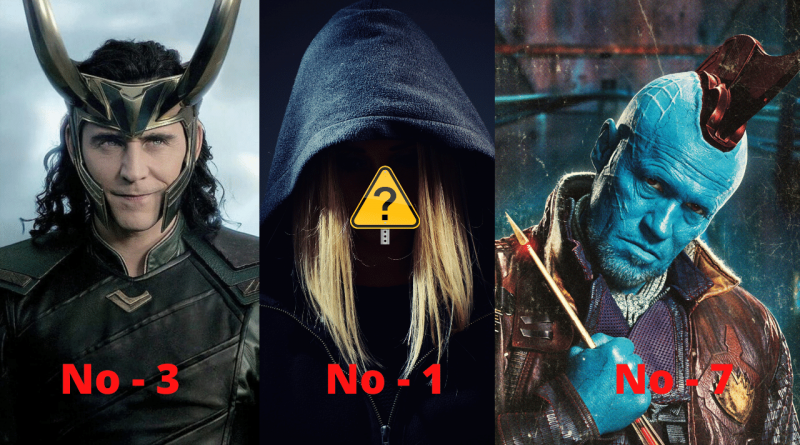 Our favourite MCU movies are just not simple stories of good against evil.  They are as complicated as they can get. For an instance, some heroes are not perfect and some villains are not as evil as they seem to be. Throughout this journey, some MCU characters have proved that first impressions might not always be true. Some evildoers have turned out to be good while some heroes had their own dark secrets.

In the Marvel Cinematic Universe, both heroes and villains have had their vulnerable moments. But we have also seen them get up and pull themselves together. Let’s have a look at all the MCU characters who made us believe that redemption is possible if you want to.

Top 10 MCU characters and their redemptions

Being the first hero of the MCU, Tony stark has set up the base for the complicated heroes. Though he is a genius when it comes to technology and science but sometimes he doesn’t know how to use or handle those technologies correctly which ends up in people getting hurt.

In Iron Man 1, he was kidnapped by a group of terrorists and saw that they were using the weapons made by him to harm innocents. Then he realises his responsibility and stops manufacturing weapons. He also ensured that his invention remains in control and specifically in safe hands. After this, he becomes the Iron Man to protect the world from future dangers.

After Loki takes the reign of Asgard, Heimdall goes underground and Skurge is appointed as the keeper of the rainbow bridge. However, he’s not as loyal as Heimdall was and quickly joins Hella as she arrives to destroy Asgard.

At first, He acts like a coward and watches from the side-lines when Hella slaughters Asgardians. But it’s clear that he also felt guilty. That’s why when Thor was trying to evacuate Asgard at first he tries to flee Asgard but later realises his mistake and sacrifices himself for others.

One of the facts that make the Guardians of the Galaxy a little more charming is that they all are messed up in their own ways yet always stick together. Accepting this dysfunctional family was the hardest for Rocket as he was not familiar with the idea of a family.

His painful past is the reason why he is so pessimistic and he often lashes out at people and says hurtful things to push them away. But slowly he starts addressing his issues and appreciate the presence of the people in his life.

Another complex character from the Guardians of the Galaxy, Yondu was a Rogue Ravager who kidnapped Peter Quill when he was a child. Although, he was pretty terrifying he had some positive traits as well.

At the end, Yondu realises that Peter is like his son and he loves him very much. Yondu expresses his feelings for Peter and sacrifices his life for Peter.

The MCU characters seem to share one particular trait and that is arrogance. Thor was possibly the most arrogant of all the superheroes. The title and power of being the God of Thunder got to his head and he thought he was above all. He started looking for glory on the battlefield even started a war with old enemies.

After being sent to Earth, stripped of his powers and no more worthy of Mjolnir he learns his lesson. This trip makes him realise that he has a lot to learn.

Wanda Maximoff is one of those characters who have gone through so much. In her case, she experienced great loss ever since she was a child. She begins her journey as a villain and works with the bad guys. Later on, she realises her mistake and joins the good guys.

After meeting Vision she finds happiness with him and becomes one of the most powerful Avengers. Though it seems she’s getting off the track again in WandaVision but by the end, it was clear that she’s still a good person.

Stephen Strange’s character in the Marvel’s was quite similar to Tony’s character. Both were arrogant and selfish at the beginning but as life taught them some lessons they both realised their mistakes and turned out to be great superheroes. After surviving a crippling accident, he became rather destructive.

The actual reason for learning mystic arts was to heal himself but soon he finds a greater purpose and becomes a hero and put others live first and is ready to sacrifice himself to save the world.

Loki is known to be one of the most notorious villains of MCU but to be honest, he’s just a troubled child who wants his parent’s approval and this insecurity lead him to become an evil god trying to conquer Earth.

However, The godly brothers form somewhat of a relationship as time passes. Unfortunately, their reconciliation is short-lived as Loki is killed by Thanos.

During his time in Hydra captivity, Bucky has gone through so much pain. After he was declared dead in the war, he was brainwashed. That’s how he became the Winter Soldier. Though he deeply cared for his friend Steve.

Steve and the folks of Wakanda helped him to repair the damage that Hydra had done. Though he’s still not completely over his past he trying to pull his life together.

Nebula is also a complex character who has a tragic past which results in her becoming evil and bitter. She is Gamora’s adopted sister. Her hatred for Thanos makes her hate her sister as well but later on both the sisters patch up as they are done with suffering at the hands of Thanos. Nebula becomes a part of Avengers when she helps them beat Thanos in the Endgame.