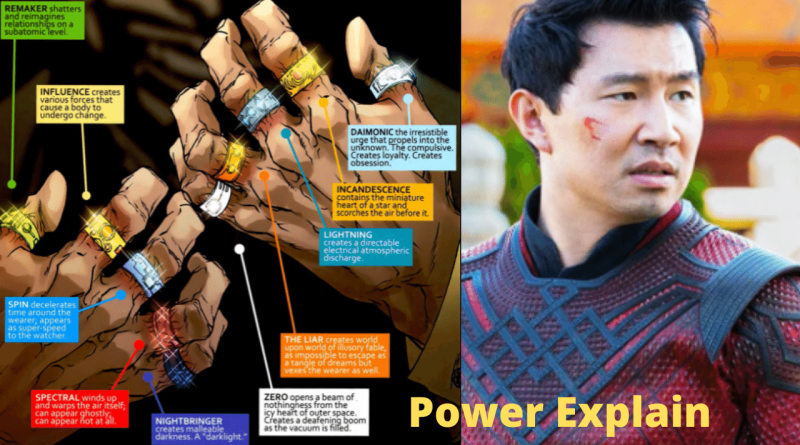 Recently, Marvel’s released the trailer for Shang Chi and The Legends of Ten Rings. The trailer gave fans a glimpse of Wenwu, a new entry in the MCU who’ll play the Mandarin. Apart from the Mandarin title, he’ll be possessing all the ten rings. Also, he will play the role of Shang Chi’s father. Fans will also be seeing a fascinating fraction of Shang Chi powers.

Mandarin first made his debut in Marvel Comics in 1964. Another Villain who is vicious, evil as well as a genius. He is also exceptionally well in martial arts. He channels power from the ten rings that he found on an abandoned spaceship. The recently launched trailer clearly shows the tension between the father-son duo.

In the trailer, the rings look more like arms bands rather than rings showcased in Marvel Comics. The rings are said to be alien, found by the Mandarin in an abandoned spaceship. The rings were made by Makluans, a species of dragon-like aliens. To them, they are simply cylinders used to imprison different cosmic warriors who wish to be freed from this prison one day.

What Do The Ten Rings Actually Do? What are Shang Chi powers?

Each of the rings wields a different power. Today we are going to break down what these rings do.

This ring emits a cold blast of high intensity that can terrify an enemy and drop their body temperature to nearly zero degrees.

It heightens Mandarin’s mental power and allow him to control minds and create illusions..

This ring produces strong electrical energy currents which can be deadly to the opponent.

The ring allows Mandarin to produce a heat blast of infrared radiations which result in lighting up a fire.

It distorts gravity and produces different types of electromagnetic power.

It forms a space in which its pitch-black dark absorbs all the amount of light from there.

This ring produces such a strong energy blast that there is no saving from it. It counteracts the bond between atom and molecules. One blast from this ring is so powerful that it takes twenty minutes to recharge the ring to emit another attack. It’s deadly for anyone who is attacked with this blast.

This ring allows Mandarin to manipulate air which he can use against any of his enemies and rise objects and himself in the air.

It produces vigorous energy which knocks out enemies with immense force. Also, it diverts projectiles, emits sonic vibrations and can manipulate magnetic waves as well.

The ring allows Mandarin to manipulate matter on an atomic level. For an instance, it can change liquid to solid or vice versa.

Shang Chi’s confrontation with his past. Will true Shang Chi Powers will be revealed?

When Shang Chi was a kid he was trained by the Ten Rings organisation. Although he left from there he will be forced to go back to his past that he’s trying to escape. Currently, His father, Wenwu is the one who’s leading the organisation. The same organization that was behind Tony Stark’s kidnap. Though In Iron Man the Mandarin was a fake one but this time fans we’ll be face to face with the real Mandarin. After going back, Shang Chi’s powers will be revealed whether he like it or not.

Shang Chi and The Legends of Ten Rings: Release Date

The production for the movie was supposed to start in February 2020 but as the coronavirus spread out, the lockdown was imposed all over the world due to which the shooting was paused until early August. By then the initial release date which was 12 February 2021 was moved forward to May 2021. That was not it though, the pandemic again caused some delays moving the release to July 2021 and then one more time to September 2021.

Shang Chi is the second film that is scheduled to be released in Phase 4. The movie is going to a fully action-packed film with different styles of martial arts to be performed by the cast. It is set to be premiered in theatres on 3rd September 2021 and we can’t wait to watch it.

MCU on a roll with their attempts to break stereotypes

With the ongoing Phase 4, we have noticed that MCU is breaking the stereotypes by highlighting racism and trying to present more wisely as this is going to be the first movie in the Marvel Cinematic Universe with an Asian character as the lead. Also, In the Falcon and The Winter Soldier, they addressed racism quite decently. With help of their movies, they can help break this racist legacy that has been going on for years. We’re sure that MCU will put this platform to good use for a good cause.