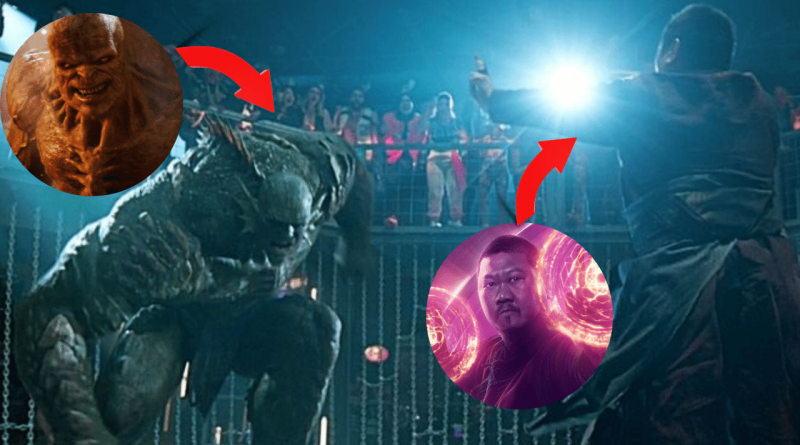 Recently, Marvel unveiled a new trailer for Shang-Chi and the legends of the ten rings(Abomination & Wong). Now that the theatres are opening soon, Marvel Studios is energetically promoting their upcoming projects. After the July release of Black Widow, Marvel Phase 4’s first movie, Shang Chi, and the legends of the ten rings will be next in line. The movie will also set the stage for the return of Abomination  with Doctor Strange fan-favorite Wong (Benedict Wong)..

The movie is all set to hit the cinemas on 3rd September 2021. Shang-Chi And the legends of ten rings is the first Marvel movie to feature an Asian cast. Apart from the cast, there are many things to be thrilled about the upcoming movie. The studio keeps up its commitment to diversify its talent inventory both in front and behind the camera. The fact that it will introduce a new character in the universe is the proof itself.

The movie will also introduce the real Mandarin, named Wenwu, after the fake one featured in Iron man 3, which substantiated to be schismatic for fans. The movie will offer a great narrative given the unique dynamic between the father-son duo. Shang Chi will need to go against his father to do the right thing.

The new trailer shows Abomination return in Shang-Chi and the legends of the ten rings.

Stephen got dusted and Wong ran to the clubs ?? pic.twitter.com/yFJ2g2lt0b

Like the previous trailer promised, the new Shang Chi and the legend of the ten rings trailer were released during NBA Countdown on ESPN. The new trailer is packed with action sequences and includes a couple of disclosures.

Out of several revelations from the two-minute footage, the introduction of Michelle Yeoh’s character, aka Jiang Nan, was the most intriguing. From what we have gathered from the 2-minute clip, it looked like Shang Chi and Jiang share a student-mentor relationship.

She also happens to know both of his parents. Aside from her emotional and psychological help to the main character, she has her fighting skills and unique abilities. She may pass on those skills to Shang Chi as he wrestles with his identity and association with the real Mandarin.

Another interesting thing that the Shang Chi and the legends of the ten rings new trailer revealed is the return of Abomination from the incredible Hulk. In his short appearance, he is occupied in underground cage combat against a sorcerer.

What adventures will Shang-Chi and the legends of the ten rings bring?

As for the movie’s plot, the trailer gives a better glimpse into the father and son relationship. Shang Chi is against his father’s manner of committing things and wishes nothing to do with his organization. But the Mandarin wants him to inherit the ten rings. Now he’s stuck between choosing to walk away from all the chaos of taking things into his hand to fight Wenwu and his companions. Lastly, the Shang Chi and the legends of the ten rings, the trailer ends with one-on-one combat between the father and son; it’s the movie’s final action sequence.