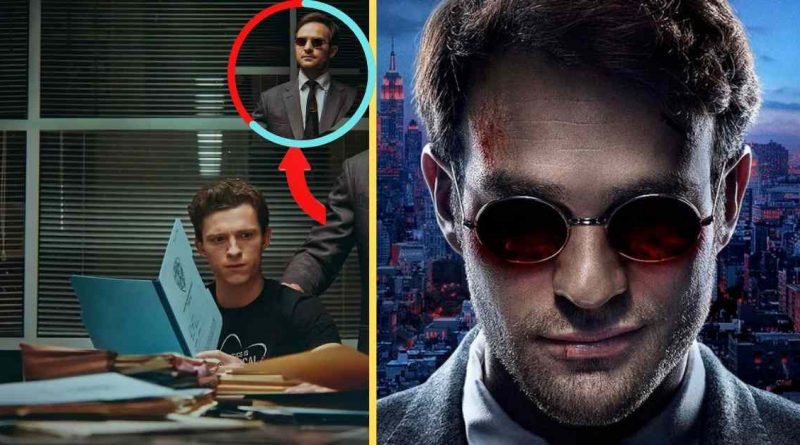 Recently, a new poster was revealed for Spider Man No Way Home. It featured Matt Murdock as Peter Parker’s lawyer in a new piece of fan art. This is the third film in the Marvel Cinematic Universe Spider-Man franchise. It is going to be Marvel Cinematic Universe’s most anticipated release after Avengers: Endgame. All thanks to the regular casting news and rumors surfacing regarding the Multiverse and previous villains and spidermans from Sony’s past franchises.

A new poster for Spider Man No Way Home is revealed

Apart from Tom Holland’s Spider Man, the upcoming threequel is also anticipated to star Tobey Maguire and Andrew Garfield’s Spider-Man from previous Spiderman projects. They will most likely help handle their respective villains.

Also, Charlie Cox’s lawyer by day, crime fighter by night, Peter Parker’s lawyer, Matt Murdock, is expected to return in Spider Man 3. After Netflix canceled the popular series, the exclusive rights were transferred to Marvel Studios. Several theories claim that Cox’s character will assist Peter in his legal matters. Spider-Man: Far From Home Mysterio, played by Jake Gyllenhaal, exposed Spider-Man’s identity and accused him of being a murderer.

Recently, Digital artist Spdrmnkyxxiii posted a Spider Man No Way Home poster design to Instagram. The piece is a remake of Peter’s interrogation scene from the recent teaser trailer, which featured Matt Murdock beside him.

The No Way Home’s teaser picks up from the fallout of Far From Home’s mid-credits scene. Peter is being interrogated about Mysterio’s demise in a police station. An unknown man sits in front of him in a white shirt and black tie, and he slams a bunch of files on the table. The appearance of this mysterious man led to fans guessing that this person is indeed Matt Murdock.

So far, it hasn’t been confirmed that this faceless person is Cox. However, given Matt Murdock’s profession and affinity for disguised vigilantes. He would be the perfect choice for Peter Parker’s lawyer and clear his name.

At the end of the Spider-Man: No Way Home teaser, Peter asks Doctor Strange if he could somehow undo the event where Mysterio exposed his identity as Spider Man. If that’s the case, then Peter will be a free man after being crushed by being a very public and controversial figure. Let’s just say Matt Murdock isn’t Peter’s lawyer; he will definitely have a promising one for sure.

What makes Cox a good choice is that the actor’s portrayal is beloved. The Daredevil continually encounters Spider-Man and his villains as they operate in New York City. However, it’s better to focus on the film’s promotional material that has been confirmed and leave the rest for the movie’s release.