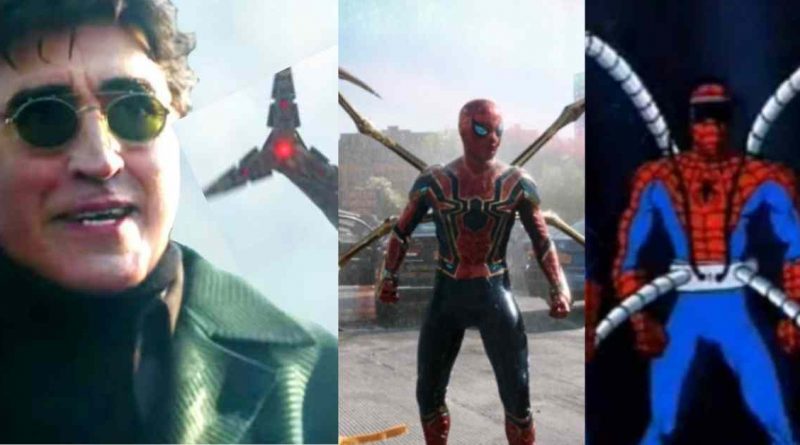 After a very long wait, the first trailer for Spiderman no way home has finally come out(spider man no way home). The long-awaited trailer surprised everyone by revealing the shocking return of Sam Raimi’s doctor octopus. Played by Alfred Molina, doctor octopus return was anticipated for a very long time now. But the trailer gave rise to many questions, including how can Sam Raini return to the MCU Spiderman universe?

Is it true that Sam Raimi’s Doctor Octopus will return in Spider Man No Way home?

According to the trailer, the reason behind Sam’s return is marvels multiverse. After Spiderman: Far From Home teased fans with the fake Multiversal start, it appeared that the long-awaited reunion of Andre Garfield, Tobey Maguire and Tom Holland’s Spiderman would remain a dream forever. But with the events of WandaVision and Loki, the Multiverse was opened before Benedict Cumberbatch’s Doctor strange: Multiverse of Madness. The Doctor strange sequel will explore it further.

How will Alfred Molina’s Doctor Octopus come back in Spiderman 3?

At the end of the Spider Man No Way Home trailer, Alfred Molina’s Doctor Octopus appears and greets Tom like a long lost friend. Because of this single moment, this trailer has become MCU’s most giant stand-out trailer. However, it left fans curious about how will Sam Raimi return after his character said goodbye in Spider-man 2. The answer is within the Multiverse, suggesting that the Sam we saw in the trailer is a variant.

The fact that there will be variants in the Spiderman threequel has been entertained for a very long time, all thanks to Jamie Foxx, who confirmed that his character would look different from what fans saw in the Amazing Spiderman 2. The actor confirmed his place in the movie months before the first trailer was released.

Also, we are aware of the fact that variants have access to the technology that allows them to move freely from one dimension to another. Maybe that’s how Sam Raimi’s Doctor Octopus will return in Spiderman No Way home. The Spiderman threequel is all set to hit the cinemas on December 17, 2021.

While we don’t know the reason behind Doctor Octopus’ return, whether he’ll be a threat to Peter or not, we know that it’s going to be amazing. It looks like Peter’s wish to face more significant threats than his friendly neighbourhood is coming true. The trailer was just a glimpse of something bigger, and we can’t wait to find out what has MCU planned for Spiderman’s future. Hopefully, Marvel Studios will reveal more about the movie’s plot as they move forward with the marketing campaign for Spiderman No Way Home.