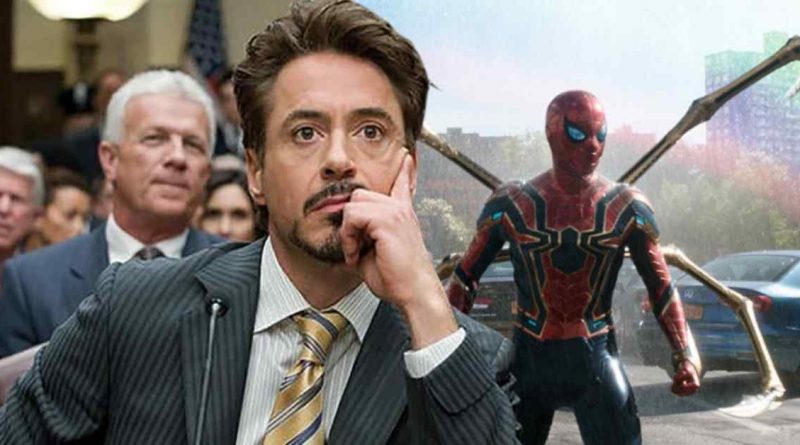 Tony Stark is known for making mistakes in his past which led to the creation of many villains of MCU. Similarly, Tony Stark created one of the Spiderman No Way Home villains by mistake. Ever since Tom Holland’s Spiderman debuted in the Marvel Cinematic Universe, he has been relatively close to Iron Man. It was Tony Stark who recruited Peter Parker to his team during the events of Captain America: civil war. From there, he has been playing the role of a mentor for Spiderman in the rest of MCU phase 3.

Ever since Peter parker’s journey started, his connection with Iron Man has been a common talking point for the arc of his character. From the time Spiderman No Way Home was announced, it was decided that his story will continue in a different direction from earlier. Ever since the movie was announced, many rumors, including the appearance of Benedict Cumberbatch’s Doctor Strange, a connection with the multiverse, and the returns of previous villains and Spiderman, have been surfacing online.

Several past MCU characters will return in No Way Home

Recently the trailer for Spiderman No Way Home was released, which confirmed the return of some past characters like Alfred Molina’s doctor octopus, Electro, and green goblin. Apart from these characters, the trailer also hinted that Sandman and the lizard would make a comeback in the upcoming Spiderman movie.

In Spider Man: far from home, Peter’s identity was revealed to the world by Mysterio. This event will play a significant role in No Way Home and reportedly lead to the appearance of another marvel villain. But this new villain is created by none other than Tony Stark.

At the beginning of the No Way Home trailer, Peter is being interrogated by two different people. One of them is seen sporting a DODC jacket. In Marvel Cinematic Universe, DODC stands for the department of Damage Control created by Tony Stark. It was made to act as a clean-up crew after the battle or New York 2012.

The DODC was last seen stealing Adrian Toomes business at the beginning of Spider Man’s homecoming. After more than ten years, the Damage Control department is back acting as an antagonist for Peter Parker. Even though Peter will face many more significant threats in the movie, this one is the courtesy of his mentor, Tony Stark.

This isn’t the first time Tony Stark created a villain that caused problems for Peter. Tony had a history of creating villains for himself as well others. For instance, when Tony founded Damage Control, it became the reason behind Toomes becoming vulture, and later Peter had to deal with him. Also, Quinton Beck turning into Mysterio was a consequence of Tony’s action, and once again, Peter had to take care of a villain that Tony created.