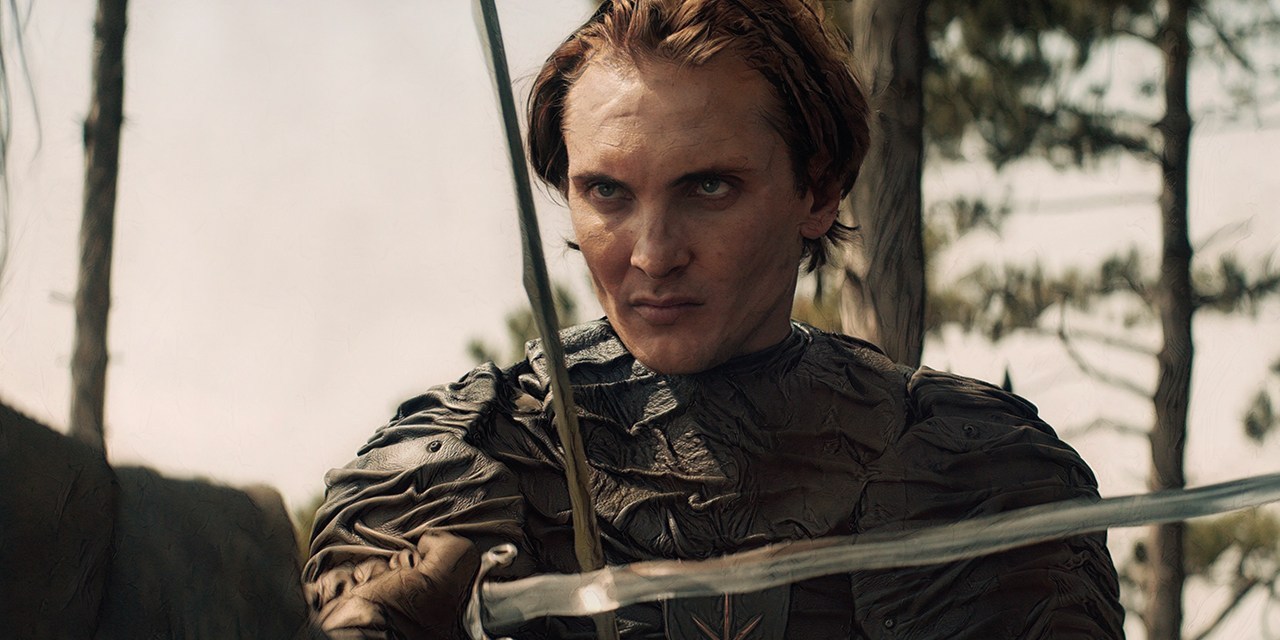 The shooting of the second season of The Witcher seems to be going on in full swing, as actors clad in their characters’ distinct period attires were photographed on set. In a rare occasion, an onlooker managed to capture the main artists and supporting cast of the epic drama series while on set. The plot of the second season has been tightly kept under wraps, but these photographs seem to provide a glimpse into the scenes behind the making of The Witcher.

SPOILER WARNING: If you wish to avoid spoilers for The Witcher‘s second season, you may regret reading this post.

Pictures of the set at Fountains Abbey suggest a dramatic scene

The pictures were captured by Peter Lau, at the cast’s shooting location of Fountains Abbey in Yorkshire. The beauty of the landscape, famous from the middle-ages, is resplendent in the images. Several cast members are seen taking a casual stroll in their attires, and generally having a happy time. The vast green fields of the historic remains seem to fit in perfectly in depicting the magical and magnificent world of The Witcher. The cast members are seen to be adhering to protocol during Pandemic times, as off-camera crew was photographed with their masks on.

In yet another rare opportunity, fans were delighted to see pictures from the set of The Witcher, in which Yennefer and Ciri, played by Anya Chalotra and Freya Allen, were seen sharing screen space together. The possibility of the two of them meeting in season two has added all the more excitement as fans wait with bated breath to see how the plot progresses. No doubt that the production is keeping the series tightly under wraps, for there hasn’t been a lot of on-set infotainment for the fans. These new photographs are some of the only sources providing a rare glimpse in how season two shooting is going on. The photographs have also led to a lot of speculation among The Witcher’s legion of fans.

The main characters of The Witcher underwent a glorious wardrobe change for season two, and the actors even shared their characters’ outfits in a much awaited reveal recently on their respective Instagram accounts. Apart from these three main reveals, everything else from other characters’ plotlines to their character arcs has been well guarded. With a few reveals here and there, several fans have praised Yennefer’s ensemble and the diversity in her outfits. It is difficult to identify much of the characters’ outfits in the photographs, owing to the chilly weather there. Though hints of the different textures and hues peeking out from underneath their warm coats show instances of both revelry and gritty fighting.

By the looks of the photographs, it seems like the captured scene was one focusing on the Mages with an allusion to the war with Nilfgaard. Yennefer, played by Anya Chalotra is seen walking alongside Sabrina, played by Therica Wilson Read, perhaps enjoying a break in between shooting. The difference in their outfits and the previous reveals of Yennefer’s Mage attires show perhaps that the scenes may evolve into a battle with Yennefer taking a bigger role in the cause. With the shooting underway on the beguiling locales, and the jovial attitude displayed by members on the set, it is clear that season two is going to be much more explosive and intense, with a lot of bustling and nail-biting moments.

Also pictured on set is Eamon Farren, the actor who plays Vicovarian knight Cahir. In season one, while Cahir had a well groomed appearance, Farren is seen sporting a rugged beard and tresses in the photograph. Season one of Cahir’s storyline left fans at the edge of their seats, at the Battle of Sodden. It is only plausible that Cahir is taken prisoner at the Battle of Sodden, and this new look is apt for his character in season two.

Other cast members seen photographed include Vilgefortz and Stregobor played by Mahesh Jadu and Lars Mikkelsen. By the indication of these photographs, fans can expect perhaps a magic-charged episode or even several in the upcoming season.