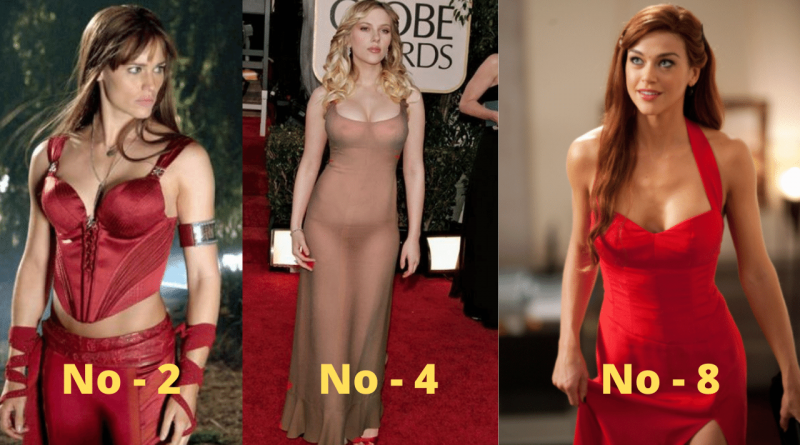 Marvel Cinematic Universe never had a shortage of strong female characters. From Black Widow to Valkyrie, Marvel has given birth to many excellent female warriors and fighters. With Black Widow entering the Marvel Universe in Iron Man 2, who would have thought that it’s just the beginning of the rise of brilliant Marvel female characters.

With The Avengers being a male-led group, viewers must have thought that the females might be sidelined but that didn’t happen. Black Widow set the stage on fire with some brilliant action-packed and from there the flood gates were opened.

Marvel Cinematic Universe has some extraordinary female characters from both small and big screen that aren’t afraid of a fight. Here are the top 10 Marvel female characters who put up a good hand to hand fight.

The movie might have been revolving around Ant-man but The Wasp also won a lot of hearts with her stunning skills and capabilities. She is a beauty with brains who can also put up a good fight. Out of all the other MCU movies, The Ant-man is not as action-packed as Thor or Captain America movies but Hope still managed to showcase her hand to hand combat skills.

Like any other Marvel female character, she didn’t back down from a fight. She charged towards it like a bull while Scott handled the running and joke-telling.

This Marvel female character won several hearts in little screen time. With only one movie, she made her place on this list. In comparison with other characters who had more screen space than her, she was much more capable in hand to hand combat. Along with her magical powers, she was a skilled fighter.

It was Marvel’s loss that they didn’t give her enough time to show her combat skills. It would have been great if she was there in the Endgame, both for the movie and the audience.

Sent as a Spy to implant herself into the Phil Coulson led group, Bobbi was not trusted at the beginning of Marvel’s Agents of Shields. Although, after some time she realizes that they are the good guys and becomes a full member of the team.

When it comes hand to hand combats, Bobbi has proved to be just as valuable as of May. She’s a highly-trained spy. Bobbi had the baggage of an ex-husband, Lance Hunter who’s the sole reason for her ever being whacked out of her zone.

This Marvel female character is the solo female who survived the snap of Thanos, saved her people and even took charge when Thor was in a bad place. Her character took flight in Thor: Ragnarok where she took care of Thor as well as Hulk. Even after being the mightiest Avengers, they still depended on her to escape.

From Hulk to Loki, this woman has taken on the strongest men of the Marvel universe. She is no less than them and is now the newly-crowned leader of Asgard. She has won many hearts and became the fans favourite with her kickass attitude.

Though she came as a hacker in Marvel’s Agents of Shield but left as a trained warrior. Despite being gifted with powers, she still trained under May and polished herself in hand to hand combat. No matter who’s she fighting, the result of the battle was always in her favour.

Also known as Calvary, Agent Malinda May of Marvel’s Agents of Shield is highly trained and skilled in hand to hand combat. Like other characters with no special superpower, she was also overlooked. She saved her team many times and proved her worth. That’s why she’s as capable as any other person on this list or in MCU.

One of the favourite female Marvel character, Black Widow is a trained assassin with no fear at all. She has grown so much over the past few years. The majority of her fights have been hand to hand combats. There are not many people who can win against her in a hand to hand combat. We’re excited to see more of her in the upcoming standalone movie.

Well, It’s no shock that she’s on this list. She was raised by The Mad Titan himself. She was trained by Thanos to kill and hate. A highly trained assassin also labelled as the galaxy’s deadliest woman.

Although, after spending time with the good guys, she changed a lot. But her anger towards Thanos only intensified. She dwelled on revenge as she lost so much because of Thanos.

Elektra is a tortured soul who is one of the best hand to hand fighters in MCU. After her great performance in Daredevil and the Defenders season 2, she has proved her worth. Elektra is a mystery and there is so much more to her which we never got to see.

Okoye is one of the most powerful women in MCU. She has protected their king, Black Panther. When it comes to hand to hand combat, she is a force to be reckoned with. Though her appearances are pretty less in MCU, she has proven her loyalty and worth after protecting the powerful Black Panther.