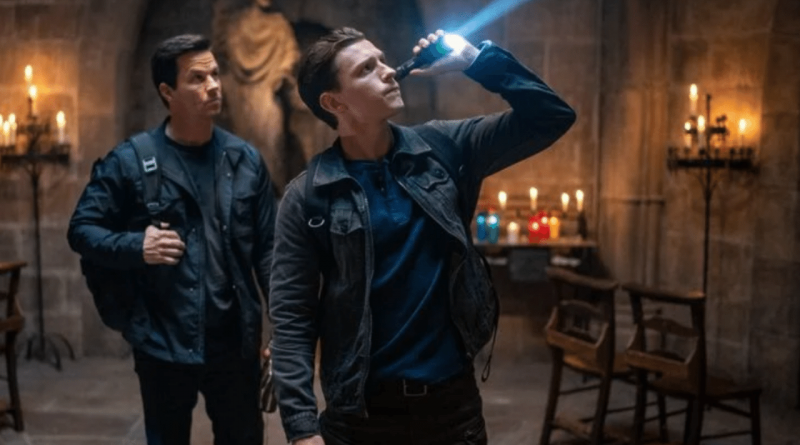 Recently, Sony revealed a movie image from Uncharted that is known to be under development for a very long time. As you all know, the movie is an adaptation of a video game of the same name. The image reveals Tom Holland and Mark Wahlberg together as Nathan Drake and Sully.

Sony’s Uncharted has faced a lot of obstacles in the last decade to get the movie together. The movie went through many changes and alterations including the directors, cast and the story of the movie as well. Though the film looks pretty simple on paper, it’s actually the exact opposite of simple.

However, even after facing so many hurdles in their path, the makers have finally got to the ending of the film. The shooting is all done for the film and it will be premiered in the upcoming year. Here’s everything you should know about Uncharted.

The cast of Uncharted alongside Tom Holland’s Nathan Drake

Just like in the Naughty dog’s adventure video game, the story revolves around a young famous Hunter named Drake as he leads the path of becoming the infamous explorer. The film will feature Tom Holland as the protagonist, Nathan Drake along with Mark Wahlberg as Sully, Drake’s father figure. The rest of the cast will include Antonio Banderas, Sophia Taylor and Tati Gabrielle.

Sony’s Uncharted: Everything you should know about the cast and crew

The film Uncharted has been under development since 2008. Producer Avi Arad was the first to work on this project in 2008 as he and Sony worked together to bring this adaptation to the big screens. However, in these twelve years, many directors and screenwriters were appointed including David O. Russell, Seth Gordon, Shawn Levy, Dan Trachtenberg Neil Burger, and Travis Knight until they settled on Rubin Fleischer.

The still image from the movie was revealed in The New York Times where they were talking about Hollywood’s recent endeavours to revise video games and bring them to the big screen. However, the image didn’t reveal much about the movie or its plot but it showed Tom Holland and Mark Wahlberg in their characters like Nathan Drake and Sully from the future blockbuster. This photo should boost the excitement among the fans for what’s about to come.

When is the trailer for Uncharted releasing?

It’s hard to believe that it has been more than a decade since the Uncharted film first commenced its development work. It’d be safe to say that the trailer would be arriving soon as nearly six months are left until the movie arrives. It will be really nice for the fans to get a trailer and have a look at the upcoming project.

Fans got a first peek at Tom Holland’s Nathan Drake last year, it was an authentic representation of his iconic outfit from the franchise’s inaugural title. However, getting a look at Mark Wahlberg’s Sully really helped to identify the early essence of the movie. Although, the character is known for having more silver in his hair, keeping his usual hairstyle demonstrates that it is still early in the duo’s relationship and adventures together.

Though some fans might be disheartened with Mark Wahlberg’s Sully as he will be seen without his iconic moustache. But he will be seen sporting it at some point in the film, confirmed through the previous videos from the set. Most probably by the end of the movie as the duo will move towards the original timeline of their videogame equivalents.

It’s high time for the makers to release a trailer as the filming for the movie ended in October. The makers had enough time after post-production to prepare a trailer for the fans. hopefully, it will arrive soon to give fans a better look into the movie and what to expect from it.

As for Tom Holland fans, these couple of months are going to be full of excitement with the arrival of Spiderman: No way home and Uncharted. They’ll be seeing a lot of him on the big screen for these few months. Uncharted is all set to hit the big screen on 11th February 2022.

We hope that Uncharted is going to be worth the wait of more than a decade. Plus, we are sure that this video game adaptation is going to be no less than a rollercoaster ride. Till then keep your eyes and ears open for the any updates on the trailer of Uncharted and stay tuned with us.