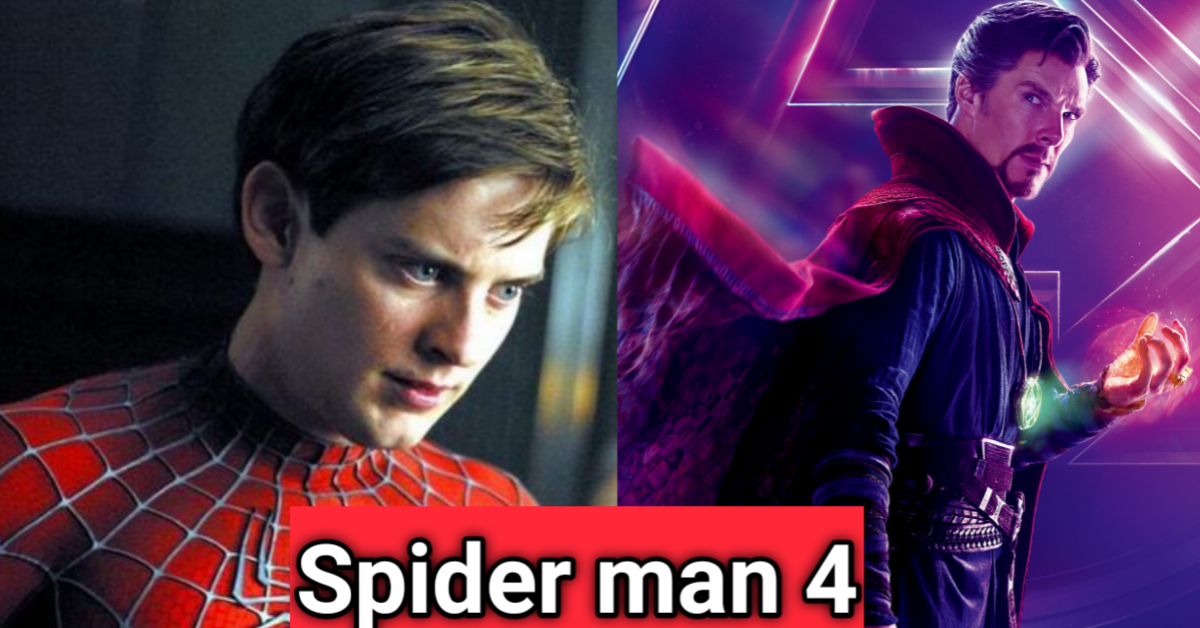 Well, there are tons of creators associated with just the studios of Sony, while they create a lot of stuff, screenplays and stories and there is a whole lot of team working on just how the next movie should go. But it seems like not every story makes it to the screen and not every screenplay will be directed. One such conditioned story and screenplay is of Tobey Maguire’s spiderman 4. Well, Tobey Maguire was the first ever spiderman introduced into the character and fans were as thrilled as the team was, but sadly the movie didn’t make it to the theaters and every one was disappointed as they thought that was the end of the character. But for that sake they have seen him on screen for three times already, which means three sequels are made.

For any movie cast is very important and perfectly casted people are perfect characters playing on the screen and Spiderman one, two and three definitely had the best of the best. Tobey Maguire as Spiderman for those who don’t know but obviously everyone knows. Kirsten Dunst as Mary Jane Watson. Mary Jane has been the love interest of Spiderman for ages now, but frankly she and her characteristics kept changing through the series, I mean something has to make the screen an entertainer right. Well the villain of the film the Vulture, the big wing guy was played by John Malkovich. Rosemary Harris as the old aunt May.

#ANNE HATHAWAY WILL BE THERE IN THE MOVIE

Well, if we are someone who is into Marvel we would probably know that franchises for Dc and Marvel run for a long time. So an actor from one universe to another seems like an impossible treat. Anne Hathaway played Catwoman in Dc. But by the time this Movie was filming Spiderman wasn’t a part of Marvel so who knows it might have a slight chance of being true.

#THE NEW SPIDEY WILL BE INCLUDED

This was a harsh rumour at time and not most of them believed it and no one knows if the rumor even got executed now that the whole movie itself was canceled no rumours were either confirmed or rejected. This is just one of them in that list. Well, after another phase has started in the movie making industry it wasn’t the role of Tobey Maguire anymore, but was the one for Andrew Garfield. But replacing the spiderman in his own role, in his lead movie is not something to think about, Ouch!

#SPIDERMAN DIES AT THE END

Not every beginning begins again. It’s just the expectation of people, they just think a character has to permanently die and retreat from his role for someone to take up his job. This is as ridiculous as it sounds. I mean who wants to see their favorite hero die, I personally can’t do it, it isn’t in the corner of my interest to see the lead die by the end and wait for the new lead to take up on the story. It just aint a thing for somany people too. Rumors like this never work and are never consulted. But anyway the truth is, Tobey Maguire’s spiderman didn’t die but still Marvel made another sSpiderman with Andrew Garfield as the Lean. and Andrew Garfield did not die but Marvel made another Spiderman movie with Tom Holland.

I just don’t know how this rumor even ended up on this list. I mean seriously, I have heard this rumour for a million times now and this aint my best point of interest. I just don’t see how a dead character comes back resurrected. It is not the way things happen with Sony, Only possible stuff somehow fiction related but still somehow can make into this world are the only interests of movie makers. So no, Ben Parker is dead and he won’t return.

Well this movie was directed by Sam Raimi with his extraordinary vision and sense of action and science fiction movies, and people thought it would be great because it’s Sam and everyone knows Sam but sadly the movie itself got canceled. The script writing and story formation was done by Gary Ross, David Lindsay Abaire and James Vanderbilt, these three were actually pretty great talented and creative people, they were just awesome at what they were doing and one of those might have been masterpieces is this canceled movie.

This movie was shot, edited and completed everything but somehow didn’t reach the theaters and hit the loss mark for itself, so it is said that it was budgeted and was funded with a lump sum of 200 million dollars and was produced by Laura Ziskin, Avi Arad, Todd Black and Grant Curtis. No, No Kevin Feigi wasn’t in the game yet by that time. And it was musically directed by Christopher Young, yeah this is the same guy who worked for Ghost rider too. His beats were unexceptionally awesome, they hit the people’s ears with the eyes along with the scenes with just that perfect coordination needed. Well this film’s production began back in 2008 and was announced its release in 2009. It was official by then but then the script kept undergoing a lot of changes which delayed it till 2010 and was announced to be released in 2011. According to the studios and Sony they had been facing some production issues and cast issues along with the story issues so the movie never hit the theaters.

That was a sad life tragedy for a movie like Spiderman and one being the sequel next to a massive hit, but not everything deserves the best.