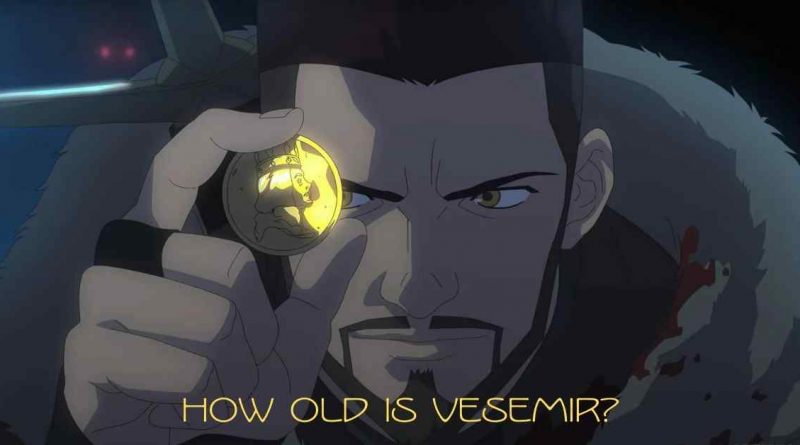 The Witcher franchise created the entire fantasy world of Witcher from scratch. So it’s evident that it contains events from over a vast amount of time. Also, this means that the franchise’s characters, especially the Witchers, have been there for a very long time. Given their genetic changes, the Witchers live more than an average human, possess supernatural abilities, and age slower as well.

The origin of the world of Witchers

However, this long timeline sometimes complicates things and makes them harder to understand. It’s hard to guess a Witcher’s age by his physical appearance since they age slower than a regular human. Fans are curious to know how old the lead of the series, Geralt is.

The Nightmare of the Wolf reveals more about the long life span of Witchers.

In the recently released animated prequel titled the Witcher Nightmare of the Wolf, a relatively younger version of Vesemir is featured. The plot of the prequel follows his life from childhood to the present time. Even though the film clarifies that it isn’t too far after Vesemir’s childhood, the truth is revealed later in the story.

It was revealed that Vesemir is far older than he looks, and this was one of the saddest plot twists of the film. It reminds the audience of all the things that a Witcher has to go through during their transformation. Vesemir was separated from his childhood love Illyana because of the profession he chose to escape his life as a servant boy.

Vesemir’s backstory is explained in the Nightmare of the Wolf.

Even if Vesemir took Illyana with him, they wouldn’t be able to stay together, as Illyana ]would have died at some point because of old age, leaving Vesemir to live on his own due to his Witcher abilities. This was the primary reason why he chose to stay and train young Witchers at the end of the movie. The character realizes that he is the only one who could relate to these children and know what it feels like to be in their place.

Before the release of Nightmare of the Wolf, Vesemir’s back story before becoming Geralt’s mentor was under the wraps. However, the animated prequel did an excellent job of telling his story to the world as his character is someone whose story couldn’t be placed into another narrative.

With the release of the Nightmare of the Wolf, the Witcher franchise has set up the stage for the upcoming Witcher shows and films. It has helped pave the way for the Witcher season two by offering a more detailed look into the world of Witchers.