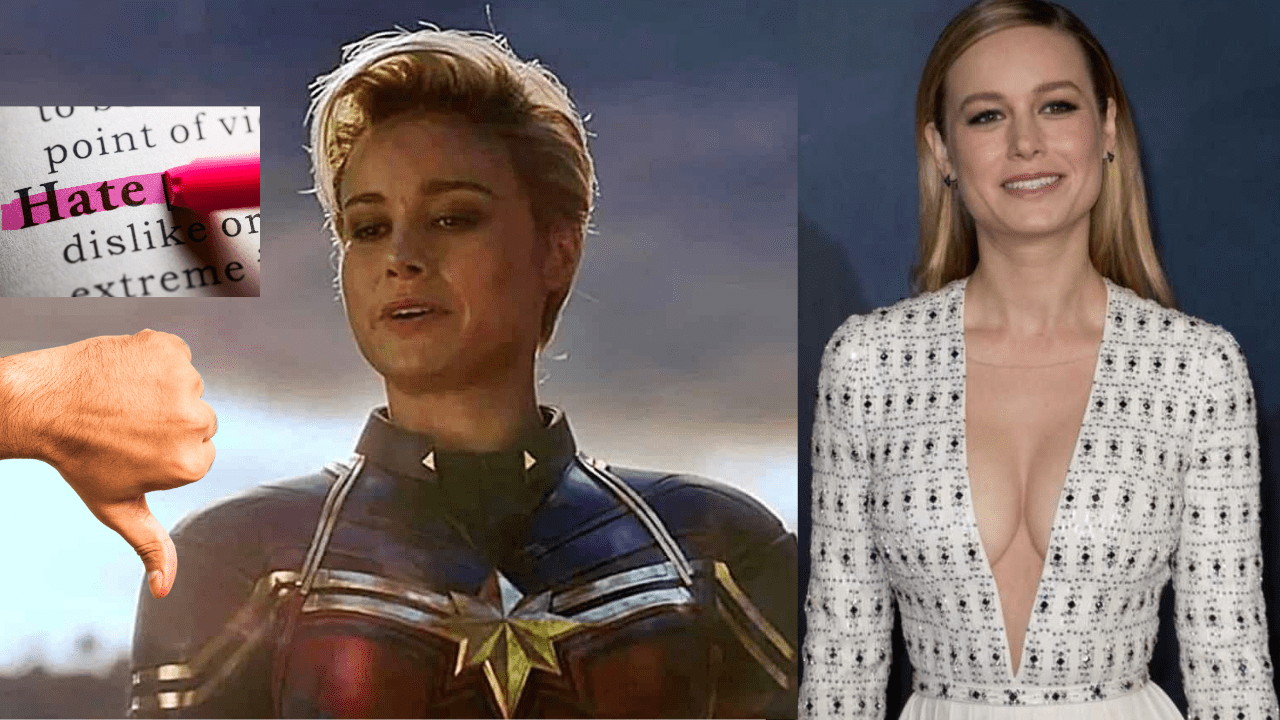 Marvel Cinematic Universe. The name itself is an emotion for thousands of people and even more. From Captain America to Spiderman, Marvel has given us so many superheroes whom we grew up watching. We don’t just watch them, we love them, we idolise them. Although there’s this one Superhero who received so much hate instead of love like other Marvel superheroes, CAPTAIN MARVEL.

At the beginning of 2019, Marvel released its most awaited blockbuster Captain Marvel. It made 1.2 billion dollars at the box office. Captain Marvel aka Carol Danvers played by Brie Larson has been the target of some serious animosity even before the release of the movie.

She was trolled and criticized for being titled as the most powerful superhero and was also a part of many controversies. Several of them made YouTube videos against the movie and sent hostile reviews on Rotten Tomatoes. The movie, however, thrived despite the negativity thrown at it.

There are many explanations for why do fans hate Captain Marvel. Firstly, it was because this was the first female-led solo movie in the MCU. People are so used to watch men as powerful superheroes that they couldn’t relate to this new concept. Also, some people hate her just because she’s a woman. Truth be told, there are people who can’t handle the fact that women can be as powerful as men. There were comments on Larson’s lack of smile – deeply entrenched in sexism. This was one of the major reasons why she received so much criticism.

Secondly, Fans also voiced that she didn’t do justice to the title of the most powerful superhero in the universe. She could have done so much more with the amount of power she had. It disappointed them to the core.

Another Article – How robert downey jr celebrated his birthday?

Thirdly, fans felt that her character was too arrogant. They think that she didn’t stick with the team and did whatever she pleased. If she could have been a team player, they could have defeated Thanos earlier. They couldn’t relate to her emotionally as well.

According to a fan, “A lot of people want the original six to be the ones to finish off Thanos to end the era. Captain Marvel being more powerful than them and finishing off Thanos would take away a moment where the original six we’ve followed could rise above and win. It’s one thing to get help, but it can feel a little like the kids calling mom if they need her to finish him off. It’s also their last rodeo, so if they lose to Thanos and Carol cleans up and then they leave, it’s not a great legacy move.”

Last but not least, it was the statements she made that led her to the centre of hatred she received. Larson, like many MCU actors, is politically vocal and a feminist, and a firm believer in pushing for greater equality. One statement that earned a lot of attention is when Larson said that she had noticed her press days were “overwhelmingly white male” and that she “decided to make sure my press days were more inclusive”.

Even though she clarified herself and her statements had nothing to do with her performance it already did some good damage. Her statements took a toll on the fans.

At last, I would say that no movie or character can please every fan, of course. Opinions and emotions differ from person to person. People feel differently about certain aspects. Although the audience seems to have a problem with her character she performed well as an actor and we can’t wait to watch the sequel.