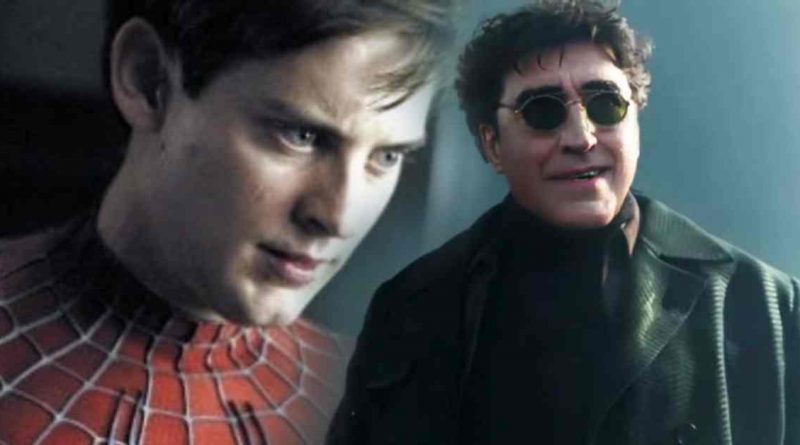 The first trailer for MCU’s Spider-Man: No Way Home revealed Alfred Molina looking as young from his debut as Doctor Ock(doc ock). However, several reports claim that the film won’t make changes to Tobey Maguire’s Spider-Man. The newly released Spider Man No Way Home trailer totally transforms the Marvel Cinematic Universe. In Spider Man Far From Home, Tom Holland was exposed as Spider-Man by Mysterio. Ever since Peter’s identity was revealed, he has been looking to undo that in the upcoming Spider Man 3 2021.

What adventures will Spider Man No Way Home bring?

In hopes of getting his anonymity back, Parker reaches out to Benedict Cumberbatch’s Doctor Strange. The wizard suggests he magically wipe off all memory of Peter Parker’s identity. However, there is a downside to the spell, and it would make everyone forget the memories of the event, including everyone dear to Peter Parker. Therefore, he tries to modify Strange’s spell, but the interference led to the opening of the Multiverse.

As a result, multiple characters from previous Spider-Man films invade the current MCU timeline. The No Way Home trailer featured Alfred Molina’s Doc Ock, a villain from Sam Raimi’s Spider-Man 2 with his signature metal tentacles. In his brief appearance, Molina slyly greets Peter after coming out from a cloud of dust and smoke. Aside from Alfred Molina’s Doctor Ock, the trailer also suggests the return of Willem Dafoe’s Green Goblin, Jamie Foxx’s Electro, and Thomas Haden Church’s Sandman alongside Tobey Maguire and Andrew Garfield’s Spider Man rumoured to return.

Why a de-aged Molina but not Tobey Maguire?

The reason why Marvel de-aged Doc Ock is most likely his Spiderman 2 demise. In Spiderman 2, Doctor Ock was seen carrying out a nuclear experiment that could destroy the entire New York City. When Tobey Maguire’s Spiderman gets to know about this, he confronts him. Even though he is brain washed by the artificial intelligence in his metal tentacles, he was still able to take enough control to destroy his experiment, which resulted in his own death. Now that his character died, he won’t be able to age. On the other hand, Tobey Maguire didn’t die in the movie; therefore, Marvel doesn’t need to de-age him but Alfred Molina. Even if Marvel decides to de-age Maguire, the reason could be because Marvel is featuring a Spider-Man from a specific period in time.